This article was originally published by Coda Story.

The bell rings for the end of lessons at Bakhmut’s School Number 18 in the Donetsk region of eastern Ukraine, and children come pouring out of the building.

Historically, Russian has been the dominant language here. It is a short drive to the frontline of the country’s 3-year-old war with Russian-backed separatists, who briefly overran the city early in the conflict. But as the children make their way home, some are speaking Ukrainian—a sign of a growing drive to make it the main language here.

Russia once used language to divide Ukrainians—justifying its annexation of Crimea in 2014 and its backing for separatists on the grounds that it was protecting Russian speakers. As Ukraine has pushed back with efforts to promote its national identity, language has become the battleground once more, with education the new frontline. But that risks making Russian complaints about language discrimination—overhyped in the past—come true now.

“My daughter cries at night because she can’t understand the homework,” said Olga Sergienko, who says she was told just before starting at School 18 that her 7-year-old would not be taught in Russian. Like other parents with children there, she feels her rights have been violated—but it was too late to find another school, and in any case the alternatives are running out.

The Donetsk regional governor Pavlo Zhebrivskyi has been leading this drive to make Ukrainian the main teaching language—and if a new education bill becomes law, this could become the pattern nationwide. He oversees a program to rebuild local schools damaged by war and neglect, but with one condition for receiving funds, he says: “The language of instruction.”

By Zhebrivskyi’s estimates, 60 percent of classes were using Ukrainian as the language of instruction by the end of the 2016-2017 school year—and he expected it to rise to 80 percent for this new school year.

The governor’s critics accuse him of being a carpetbagger, seizing an opportunity to promote his career. He is originally from central Ukraine, and came to to Donetsk to serve in the Ukrainian army in 2014. And like all Ukrainian governors he is not elected, but appointed by the president.

But Governor Zhebrivskyi says he is reversing the effects of past Soviet policy that forced Ukrainian speakers from the countryside to switch to Russian when they moved to cities like Bakhmut—then called Artemovsk. It is not true to say Donetsk “is a Russian-speaking region,” he says. “If you go to any village in the Donetsk region you will hear normal Ukrainian.”

Earlier this month, the Ukrainian parliament passed a new law that could repeat the Bakhmut model across the country. If it is signed into law by President Petro Poroshenko, all minority language schools will be required to teach all their lessons in Ukrainian starting from the fifth grade—except those specifically dedicated to their own languages. Five European countries with minorities in Ukraine, as well as Russia, have criticized the legislation. But it is expected that amendments will be made excluding every language from the law—except Russian.

Reducing the role of Russian is part of wider strategy to cut Ukraine off from President Vladimir Putin’s “Russki Mir,” or “Russian world.” As well as the push to reduce teaching in Russian, the authorities have imposed language quotas for television and blocked access to Russia’s two most popular social media networks.

Some lawmakers argue that promoting Ukrainian has become a national security issue. “Language has a political function,” said Ivan Krulko, a member of parliament who initiated another bill on expanding the use of the Ukrainian language. “The Russian Federation has drawn a line and said Russia’s interests are wherever the [Russian language] is, and that it can invade there.”

This is dangerous ground for Ukraine though. After the 2014 Maidan Revolution, the new government began to repeal a law that some saw as a back door for turning Russian into an official language. That provoked outraged cries of “linguistic genocide” from officials in Moscow, as well as international criticism. Even though the government then halted the repeal, the damage was done. Now the law is no longer enforced.

However, this new drive to promote Ukrainian is not without support. A local NGO whose name translates as “Bakhmut is Ukraine” lobbied for School 18 to transition to being Ukrainian only. The same group also campaigned successfully to have the name of a pro-Ukrainian protester stabbed to death by pro-Russian activists in Donetsk added to the school along with its Soviet-era number.

“Speaking Ukrainian is part of our sovereignty, along with culture, army, and borders,” says Natasha Zhukova, one of the NGO’s native Russian-speaking activists. Natasha says she switched to Ukrainian herself, after seeing how the Kremlin had tried to use language to justify its war against Ukraine.

She also went to School 18, and when her baby daughter is old enough, she will send her there too. “I want her to grow up speaking Ukrainian,” Zhukova says.

And school administrators say many children have no trouble making the shift to Ukrainian. Significantly, it is children from the city’s industrial working class families that struggled most—a demographic that has lost its status in independent Ukraine, and which provided significant support to separatists in 2014.

But as the Ukrainian government moves forward with its increasingly aggressive language policies, critics fear it is not doing enough to win over those citizens who have long believed Russian propaganda that it persecutes Russian-speakers.

“How are we supposed to “reintegrate” Donbass and Crimea?” wrote Donetsk native Oleksiy Panych, who is also a member of Ukraine’s National Public Broadcasting advisory board. “It is the best gift for the Kremlin.” 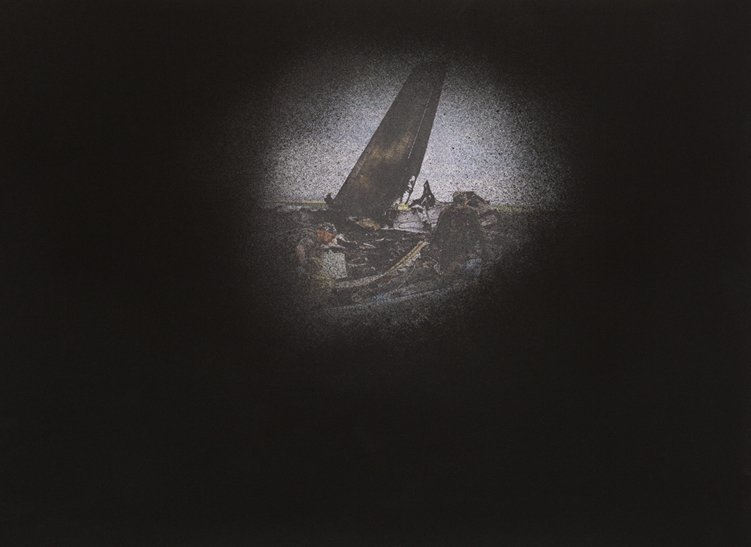