The Roads of Yemoja is a journey tracing an African deity (Yemoja) from the shores of Benin and Nigeria across the Atlantic Ocean to Cuba. The journey is also an artistic investigation into Yoruba and Ewe-Fon cultural heritage that still exists in Cuba today.

The name “Yemoja” is derived from the Yoruba words “yeye-omo-eja,” which means “mother whose sons are fish.” In West Africa, this deity of the ocean is referred to by many names: Mami Wata, Mami Sika, Aflekete… But she is always associated with maternity, fertility, and abundance. Originating in the lands once called “the slave coast,” rituals in her honour travelled across the Atlantic Ocean along with millions of Africans deported during the slave trade.

Africans deported as slaves to the Americas have long exercised a silent cultural sedition. As they were forced into Christianity, one strategy was to use Catholic saints as shields. Yoruba and Ewe-Fon could identify the Christian God with their own creator God: Olodumare, Olofi, or Mawu. But they refused to abandon their deities, which they considered messengers sent to help humankind. To dodge the whip, they had to hide them. Yemoja (pronounced Yemaya in Cuba), deity of the ocean, for example, wore the mask of the Virgin of Regla. Shango, deity of lightning, fire, and thunder, hid behind the figure of Santa Barbara. Oshun, deity of sensuality and creativity, was dressed up as the Virgin of Cobre. Ogun, lord of iron, became San Pedro. Obatala, master of knowledge and purity, found himself associated with Las Mercedes. These African deities were so well disguised that within a few generations Orisha and Vodun had become saints (santos) in Cuba.

Santeria soon emerged as a syncretic religious system that blended Yoruba religious practices with Spanish catholicism and spiritism. The system is widely known as Regla de Ocha, or the “Rule of Orisha.” On the largest island in the Caribbean, Cuba, and other points of the region formerly known as the New World, the only way for Africans to survive cultural annihilation was to take hostage all the Catholic saints.

I became a better photographer when “seize the day” took on a new meaning: Seizing day-light. Collecting photons like they were flowers. And before that, as with a flower, admiring light. Spying on it. Watching it bloom. Being on the look out for every wave and dance. Marveling at the way it makes and breaks shapes and colours.

During my journey on “The Roads of Yemoja,” I wanted to step away from the dichotomy of light-whiteness-purity versus darkness-blackness-sin and let my eyes get used to darkness that brings no gloom. To make the obscurity felted, enveloping, cozy, and as reassuring as life before the world, like the inside of a womb. To find the shadows and coddle them. To bring them to paper, dip in a few words, and invent new forms of photosynthesis.

What did Africans bring with them as they were forced to cross the sea during the Transatlantic slave trade?
Their knowledge.
Their culture.
The dignity they were being denied.
The deities they had on their ori (head). 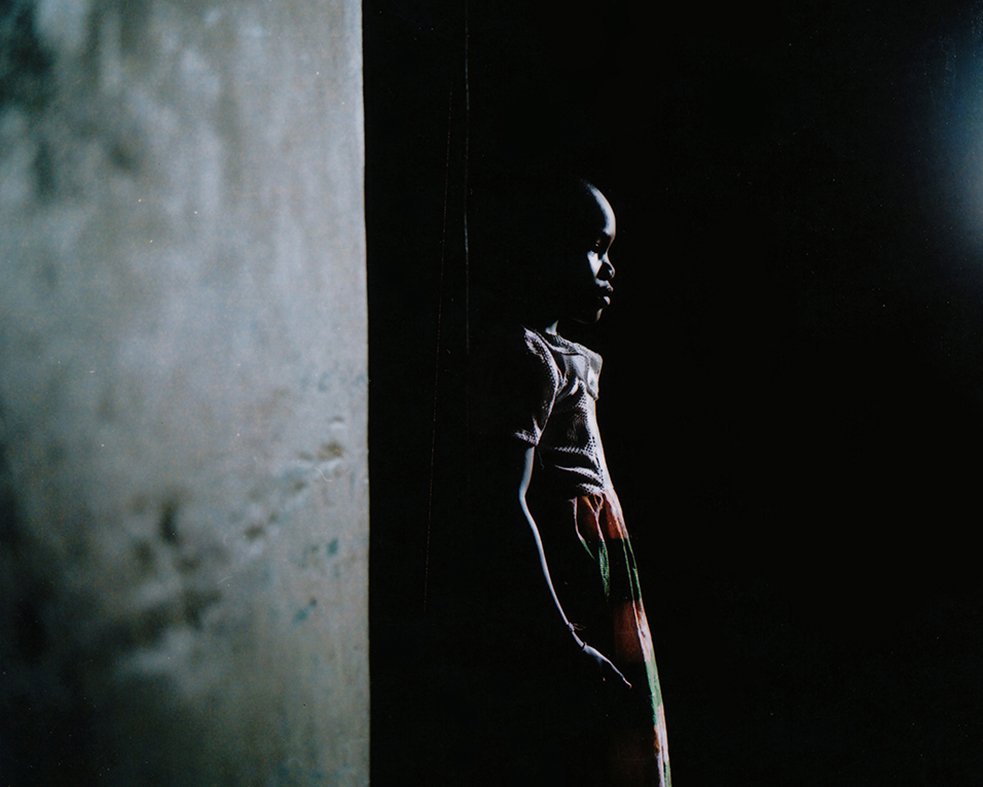 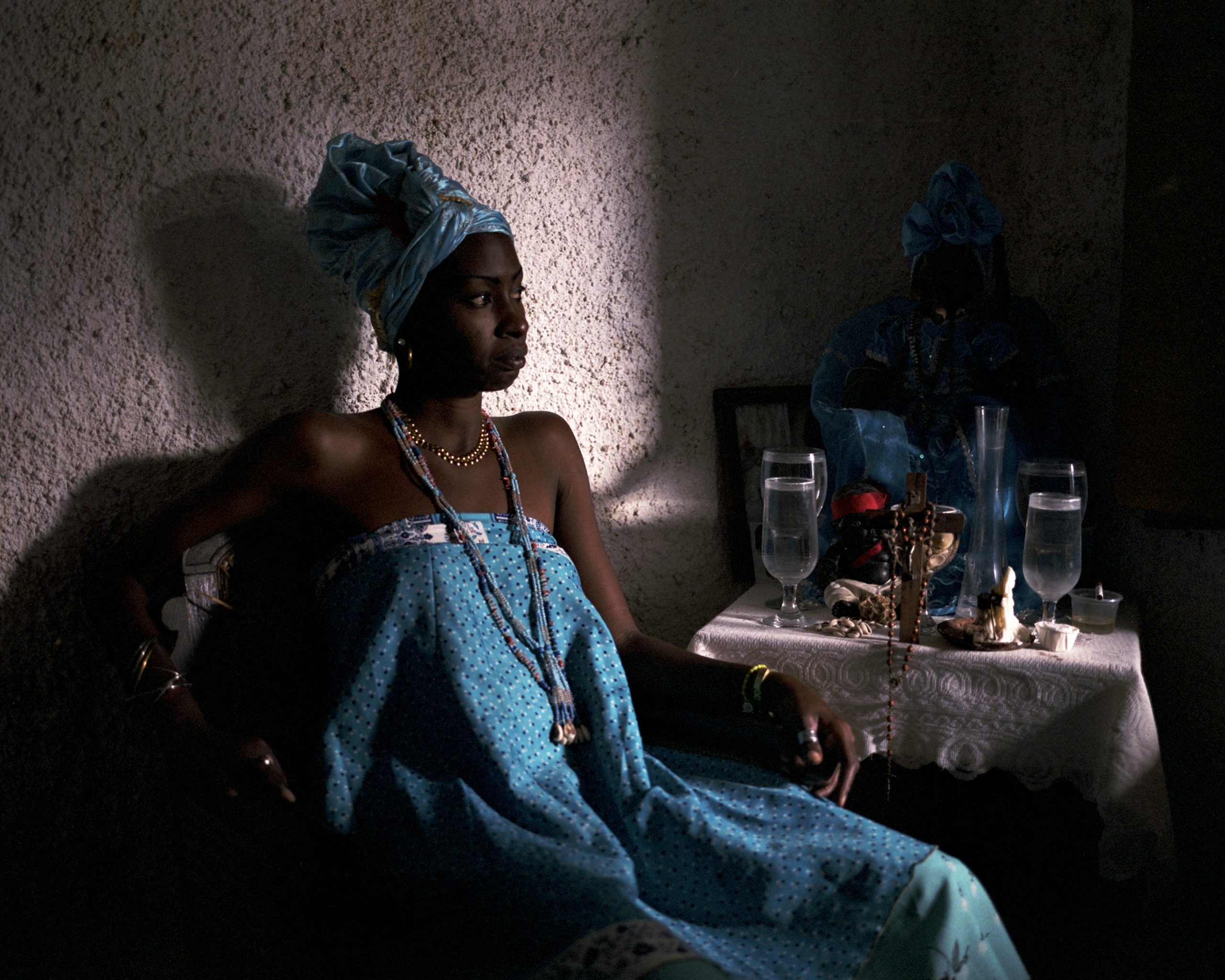 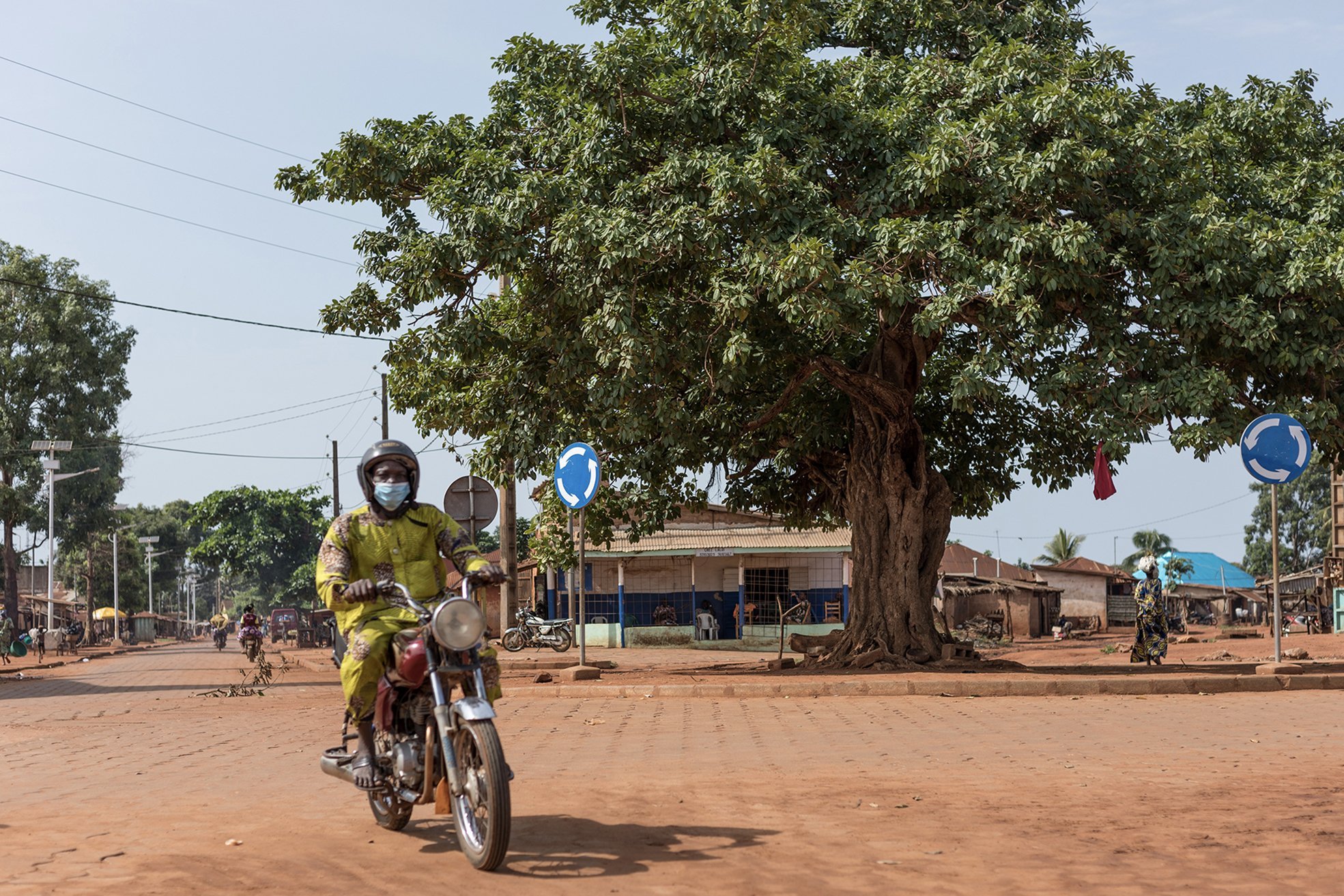