As I was reading Musagetes’ Manifesto on Economic Dignity and getting all passionate about activism, the usual disturbing and stressful noise from the construction of a new ferry pier next to the construction site of another huge tower on the East River in New York City started up. The new pier will transport thousands of people back and forth, swarming between Williamsburg, Brooklyn and Manhattan since Hurricane Sandy damaged part of the L train tunnel normally servicing this route. I thought about the banging noise, its quality signifying the violent jamming of poles into the riverbed, and how our endless attempts at controlling our environment have led to such an unstable one. Four years ago, Hurricane Sandy upended part of the boardwalk close to the pier, and there is still a massive hole fenced off to the public. This river is fighting back, I thought; I’m not alone in sharing this idea.

“The Rivers Have Called Upon Us” is a beautiful Berta Caceres quote used by her Indigenous activist organization Council of Popular and Indigenous Organizations of Honduras (COPINH) to protest a proposed dam supported by the Honduran Government, which was once backed by China, the US, and the Netherlands. When she was murdered by government thugs, those countries pulled out of the deal. Protests in Washington, DC put a stop to USAid funding to Honduras, and therefore, “inadvertently” funding a criminal government.

The banging noise continues through my reading of stories of environmental devastation by global corporations and the poor, disenfranchised and mostly indigenous people affected who are standing up to what seems like an unstoppable force, all over Tibet, all over Peru, and all over Honduras. That’s only three countries, but really all you have to do is point your finger at the map, pick a country and google it for “environmental destruction,” and you’ll find lists of stories.

When traveling in Peru last year, I had a long conversation with an old man who runs tours of Lake Titicaca. He told me stories of the gold rush happening there, and that many Canadian miners go to the Amazon, pay off local government officials and start mining illegally. I was surprised and disgusted with my country. I hadn’t heard of this story but Canadian mining companies are everywhere including Peru and Tibet and leaving devastation in their wake. It’s very easy to destroy someone else’s land when you are not the one that has to live there. We saw this in British Columbia, where I grew up, when US mining companies could suddenly and easily cross the border because of the NAFTA Agreement and mine our mountains, leaving toxic waste running into our ocean. But how far will these corporations go? Will they continue to support a government regime that is killing its citizens just to get their gold? Yes, it seems so, unless this news gains international attention like the Berta Caceres case.

So there is only one thing to do. The noise of machines is worldwide. We must make noise worldwide to silence it and to protect what is our lives, our survival and our sanity!

This is the land of people built like trees 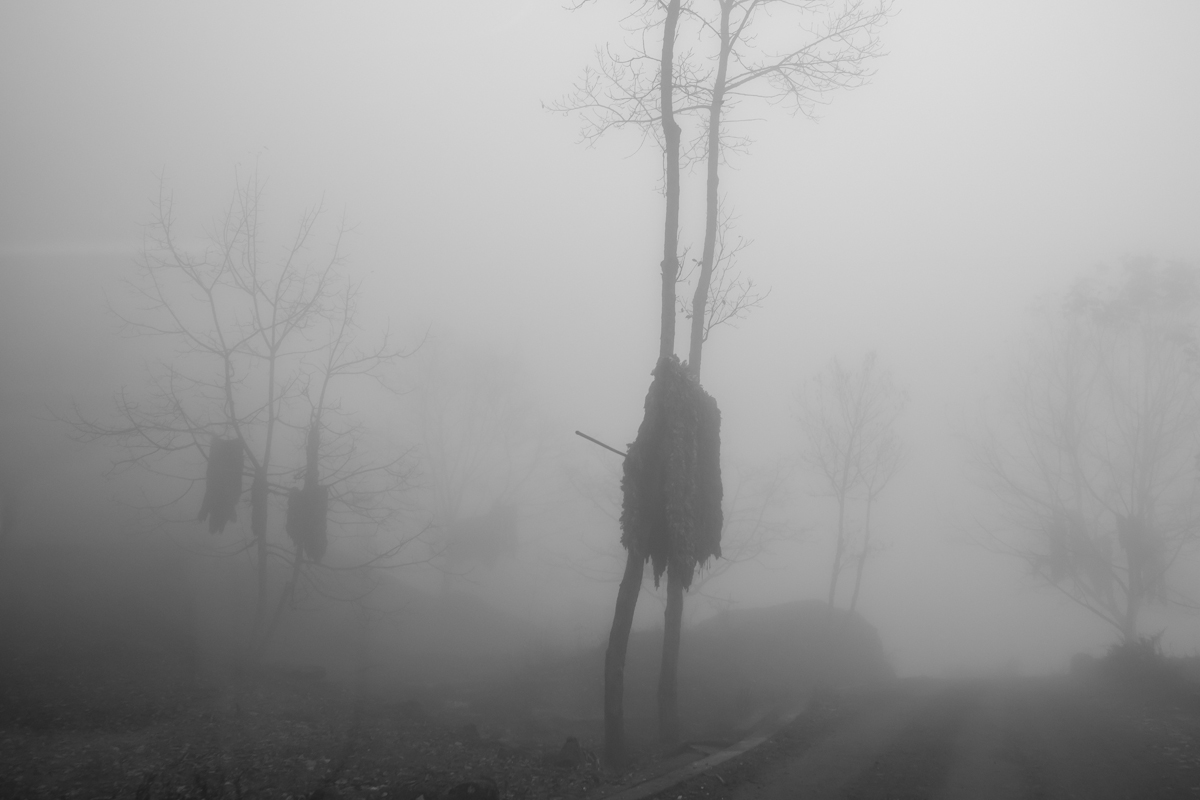