On 14 February, 2020, thirty years after the Voyager 1 space probe turned around on the edge of the solar system and captured an image of Earth from 6 billion kilometres away, human civilisation found itself plunged into the Covid-19 pandemic and on the cusp of environmental calamity. To Carl Sagan, who designed the Pioneer Plaque and the Golden Record for the Voyager missions, the photo was an emotional reminder that this planet, this tiny speck of space dust in the galaxy, is our only home and we must take care of it:

Look again at that dot. That’s here. That’s home. That’s us. On it everyone you love, everyone you know, everyone you ever heard of, every human being who ever was, lived out their lives. The aggregate of our joy and suffering, thousands of confident religions, ideologies, and economic doctrines, every hunter and forager, every hero and coward, every creator and destroyer of civilization, every king and peasant…

In early November 2021, the eyes of the world were on global leaders gathered in Glasgow, Scotland for COP26––the 26th Conference of the Parties to the United Nations Framework Convention on Climate Change. This being the 26th such get-together, what was all the excitement about? And how did a rag tag bunch of activists show up at COP26 and do their very best to shake up the status quo?

The so-called world leaders include the likes of Boris Johnson, Joe Biden, Narendra Modi, and Jair Bolsonaro: is anyone under any illusions about whose interests they are representing? Xi Jinping and Vladimir Putin, heads of state for two of the world’s largest countries, were conspicuously absent.

It is important to note that Boris Johnson’s government did its very best to curate the whitest, most Global North-dominant COP ever. Many participants from the Global South were denied visas, while vaccine issues and constantly changing quarantine requirements prevented many others from attending. Boris Johnson’s government attempted to make travel as difficult as possible for Global South participants, specifically those from progressive civil society.

Wielding a giant banner, activists played recorded messages from those of us who could not access the COP. This action was held once outside the conference centre entrance as delegates walked in, and again inside the halls of power from which broader civil society was excluded.

As activists, we know the deck is severely stacked against the vast majority of peoples on this planet. But we show up anyway, whoever can make it, to be a thorn in the side of world leaders and to speak hard truths within those echoing chambers of power. Our weapons of choice are art installations, props, flags, banners, and our loud, indignant voices amplifying stories from grassroots movements across the globe.

It was freezing in Glasgow on the evening of 10 December, when a group of international activists gathered to commemorate the 26th year anniversary of the murder of Nigerian poet and activist, Ken Saro-Wiwa and the “Ogoni 8,” who were killed for opposing an oil extraction project in Ogoniland in the Niger delta. A banner reading “Fossil Fuels, Not Here, Not Anywhere” was placed near the convention centre entrance next to images of coastal Nigeria.

Earlier in 2021, we released a report titled Chasing Carbon Unicorns: The deception of Carbon Markets and “Net Zero”. The report called out developed countries and polluting corporations who peddle “false solutions” to the climate crisis. “Net zero” pledges, carbon markets and offsetting, geo-engineering, and still-nascent ‘Nature Based Solutions’ are both ineffective and iniquitous.

Beyond the clever titles, the solutions are in fact little more than sophisticated shell games negotiated by Global North countries to allow the world’s worst polluters to continue polluting as long as they pretend to reduce carbon emissions elsewhere. What they offer are reforestation campaigns, financial remuneration the form of carbon credits, and hollow commitments of future unproven technologies that they claim will “suck” carbon out of the atmosphere. The quest to offset carbon emissions not only fails to reduce fossil fuel emissions at the source, it poses grave harm to communities in the Global South that often fall prey to violent land grabbing and unchecked human rights violations.

Scotland’s national animal is the mythical unicorn, so what better symbolism could there be than an almost 2-metre-tall carbon unicorn head, sporting an oil rig as its horn. The unicorn made its first appearance at the Global Day of Action on the 6 November alongside nearly 150,000 people marching in the rainy streets of Glasgow.

The unicorn exhaled plumes of blue smoke, billowing alongside flags that read: ‘Dismantle Patriarchy Not the Planet’, ‘Climate Justice Now’ and ‘People Power Now’. The carbon unicorn made it into a visual story run by the BBC, helping spread the narrative that carbon markets are like chasing a carbon unicorn; it may sound useful but it doesn’t exist!

On the 3 November, to mark the 46th anniversary of the Queen turning on the UK’s first oil pipeline, activists staged a mock ceremony outside Glasgow’s Royal Concert Hall in an attempt to persuade MPs in the UK to vote against new drilling in the Cambo oil field in the North Sea. Activists, including Friends of the Earth Scotland, enacted a life-sized caricature of the UK’s most prized possession, Her Royal Highness the Queen, who came to “Turn off the Tap.”

The final outcome of COP26 is nothing short of scandalous. While many delegates from the Global South struggled to attend or make their voices heard, fossil fuel corporations were present in full force, with over 500 lobbyists in attendance. It will be remembered as an outright betrayal of the Global South––abandoned to the climate crisis with no resources or support for the energy transition, adaptation or loss and damage.

Perhaps it is no surprise that this was the moment a deal was finally forced through on carbon markets. At COP25 in Madrid in 2019, Friends of the Earth and our allies in progressive civil society mounted a fierce attack on Article 6 of the Paris Agreement (which allows for carbon markets), which prevented a regressive agreement from getting enshrined there. At COP26, the UK government pushed through a deal on carbon markets. Disgracefully, rich countries opted for the Glasgow COP-out while hanging developing countries out to dry.

There are real solutions to the climate crisis, and people power is the key to unlocking them. We need a value system that prioritises the centrality of life, not greed nor profit. People are doing this everywhere already. They are building clean, socially-owned renewable energy solutions, transforming our food systems and supporting peasant agroecology, protecting forests through community forest management, and building an economic system that prioritises and redistributes care work. People with all their creativity, acting in community, from a sense of love, solidarity and justice can move mountains. As Carl Sagan gazing at the Pale Blue Dot waxed poetically:

…every young couple in love, every mother and father, hopeful child, inventor and explorer, every teacher of morals, every corrupt politician, every “superstar,” every “supreme leader,” every saint and sinner in the history of our species lived there––on a mote of dust suspended in a sunbeam.

Images courtesy of Friends of the Earth.

Our planet is facing an integrative and compounding climate crisis: rising global temperature, warming oceans, shrinking ice sheets, glacial retreat, rising sea levels, extreme events, and ocean acidification represent clear and present dangers to humanity. Many have painted climate change as an issue for future generations, but it is an issue for all generations and all peoples. What is often left unsaid is that the climate crisis is inherently unjust—affecting the poorest, most vulnerable peoples the hardest, even though they are least responsible for this crisis. An example of this inequity are the coastal communities of Mozambique, who were battered by Cyclone Idai in 2019, the deadliest tropical cyclone ever recorded in the South-West Indian Ocean basin, even though Mozambique produces 0.02 percent of the world carbon emissions.

We activists are often labelled as trying to save the Earth, but we are doing nothing of the sort. We cannot do anything of the sort. The Earth will be fine. The planet was here long before us and will be around long after us. We’re the ones in trouble. Our goal is to support humanity’s continued existence on this planet, especially that of the poor and vulnerable who didn’t create these crises. We do it because they will be impacted first and most deeply. If we have any hope of stopping the demise of our civilisation, we must listen to the communities who have the most to lose. They have a lot to teach us about what we must value.

Some may say that our vision is grand, but the alternative is terrifying. 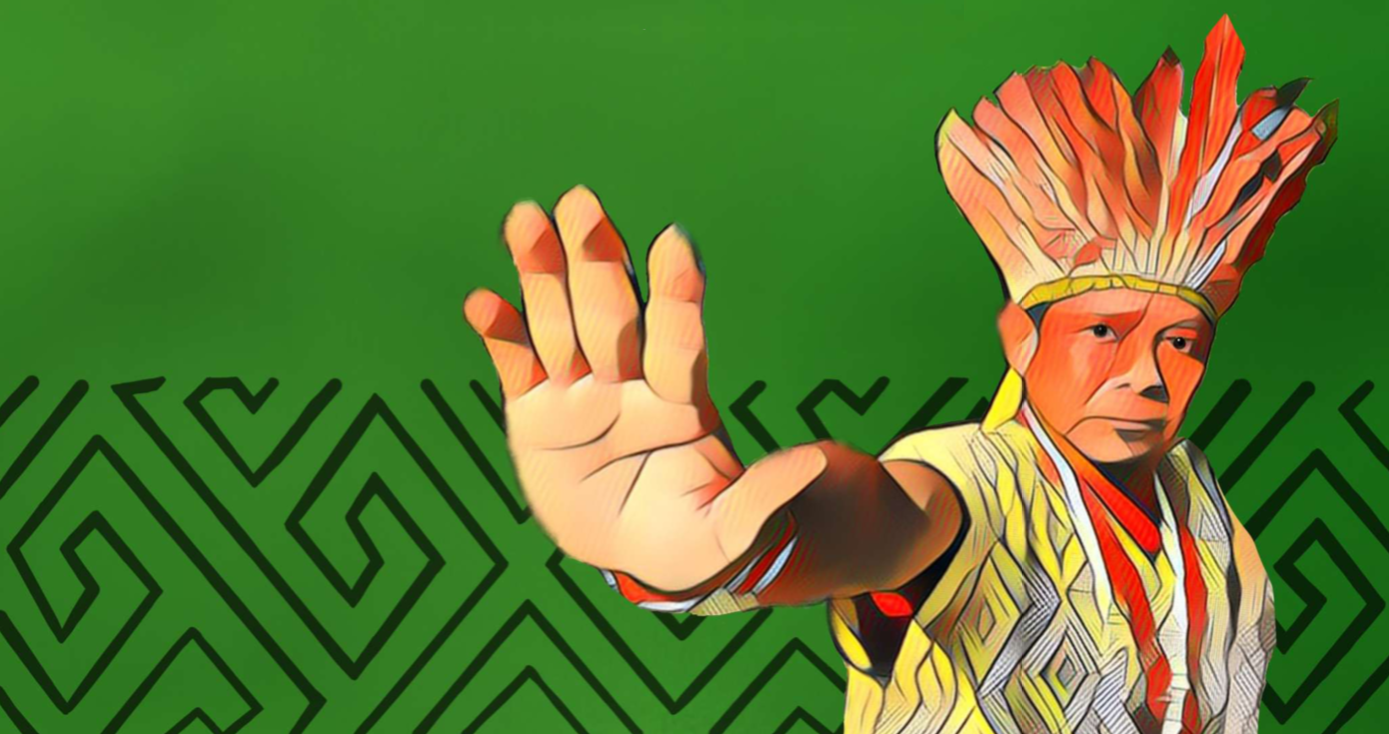 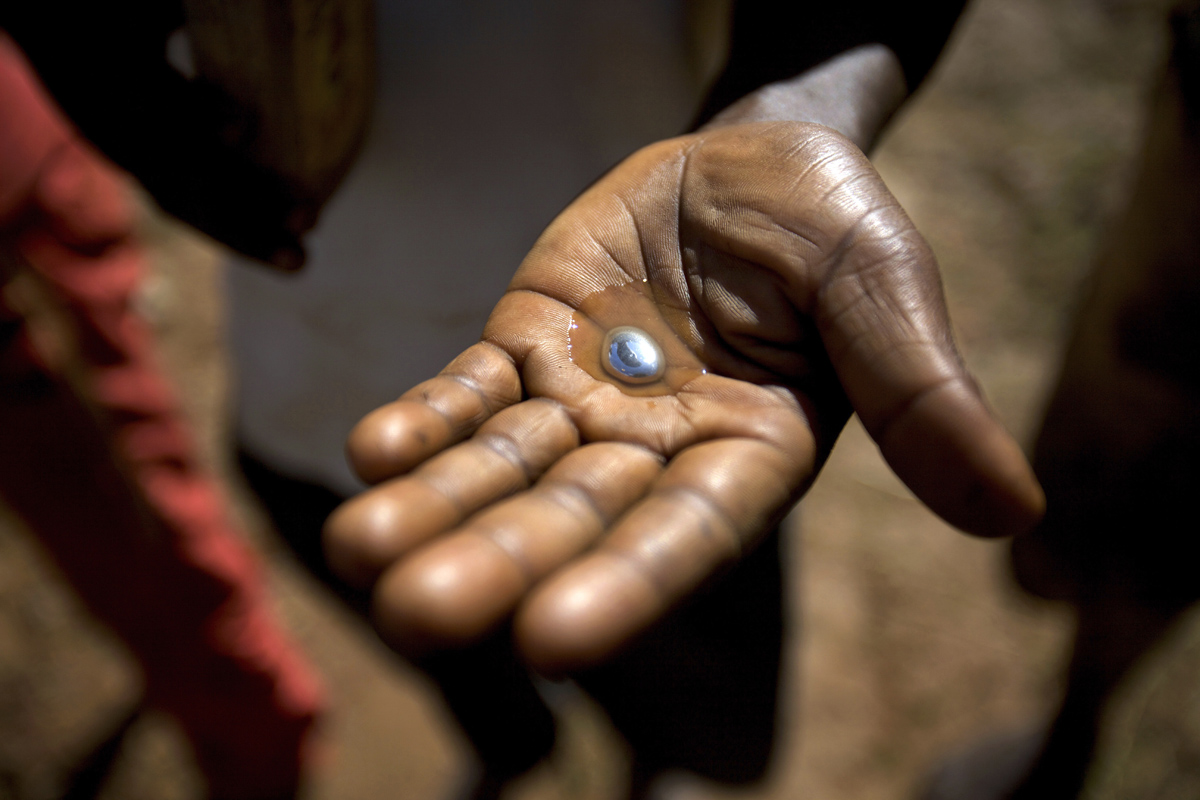