I wonder if the theme Of Homelands & Revolution can be considered an aphorism. It doesn’t form a complete sentence as aphorisms must, but it does place two things in relation to suggest a general truth: that our home is a revolving planet, and that homelands are the sites of revolution. Philosopher Jan Zwicky wrote in Wisdom & Metaphor (2003) that “an aphorism invites its readers to look at things a certain way; a collection of them invites her to see connections for herself. — That is, aphoristic writing cultivates our ability to see-as.”

This collection of four essays commissioned by ArtsEverywhere on the occasion of the Creative Time Summit (Toronto, September 28-30, 2017) responds to the convening’s title, Of Homelands & Revolution. The writers were invited to explore the relationship between the two aspects of this aphoristic theme—to make connections for themselves and to cultivate our ability to see-as. The result of this challenge is a set of texts that cross-sect reflections on home, food, resistance, land, history, colonization, labour, settlement, the body, monumentality, love, solidarity, and migration.

Aylan Couchie’s essay, “When Textbooks Are Held Within Forest Floors,” begins the series by sharing her personal experience of debwewin—a way of engaging or not engaging with the world. She writes about Indigenous knowledge as being inseparable from the land, the nourishment of the body as concurrent with nourishment of culture, and the purity of water as a central part of spiritual life. Couchie cites examples of Indigenous sovereignty and rights being trampled through the appropriation of culture, the destruction of the land and waters, and colonial violence.

Kimberly Mair’s essay, “Solidarity Without Lessons,” observes that the Creative Time Summit tended to focus more on land than on homelands—that the urgency of global migration crises, mass surveillance, and nationalist state sentiment underlies any consideration of what it means to live within the political bounds of nation states. Similarly, she draws attention to revolution not only as a challenge to political and sovereign power, but also in terms of Indigenous resurgence and decolonizing action. To illustrate this, she draws on Kent Monkman’s trickster paintings that insert a queer Indigenous temporality into classical history paintings.

Erin Silver’s essay titled: “What is to be Done? Of Signal Events, Monumentality, and Revolution,” draws on Lenin’s Chto Delat (What is to be done?). A Russian collective, also named Chto Delat, installed “Monument to a Century of Revolution” at Nuit Blanche, concurrent to the summit. Silver analyzes this work alongside works of avant-garde art and Indigenous thought as a provocation to consider the body as a site of revolution and a site of love. Silver asks, what is the interplay between revolution in its historical and global import, and revolution as an act of local struggle?

Kenneth Hayes’s essay, “Freehold,” takes a different approach altogether. He doesn’t address the summit directly, but, as an architect and art historian, he riffs off the concept of freeholds (land ownership) as they characterize the settlement of Canada over decades of British emigration. The promise of free homes lured British emigrants frustrated by the leasehold system that kept property in the hands of a few. Hayes translates this into a narrative of the “freehold, suburban, counter-revolutionary house on which Canada was built” and the “wider vision of freedom that, in the late 1960s, briefly presented radical, intransigent, militant and even revolutionary alternatives for dwelling.” He further depicts this in relation to Canadian art history.

Of Homelands & Revolution might be summed up in the words of Tim Lilburn, from a collection of essays titled Going Home (2008), as he pondered his resettlement on the prairies of north-central Saskatchewan. “I worried a single thought for ten years: how to be here? The more I turned things over in my mind, the more the conviction grew that attention to eros seemed more promising than commitment to any ontology or any ethics.” 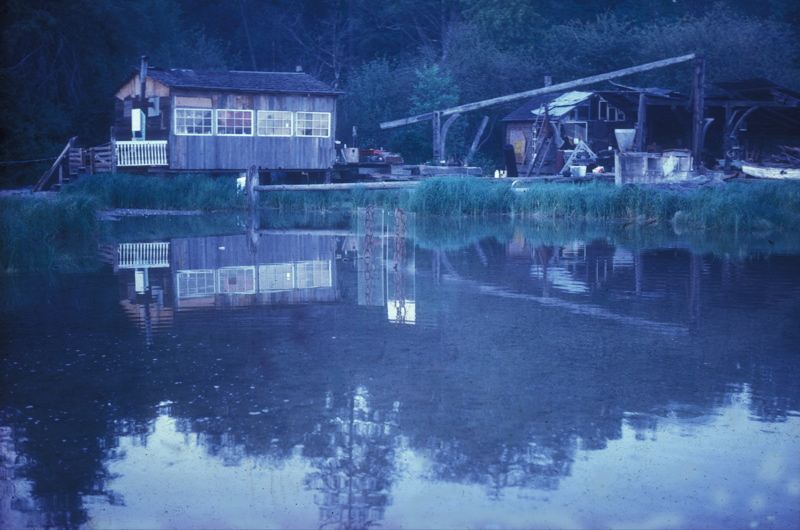 A narrative of the freehold, suburban, counter-revolutionary house on which Canada was built, and the wider vision of freedom that, in the late 1960s, presented revolutionary alternatives for dwelling. 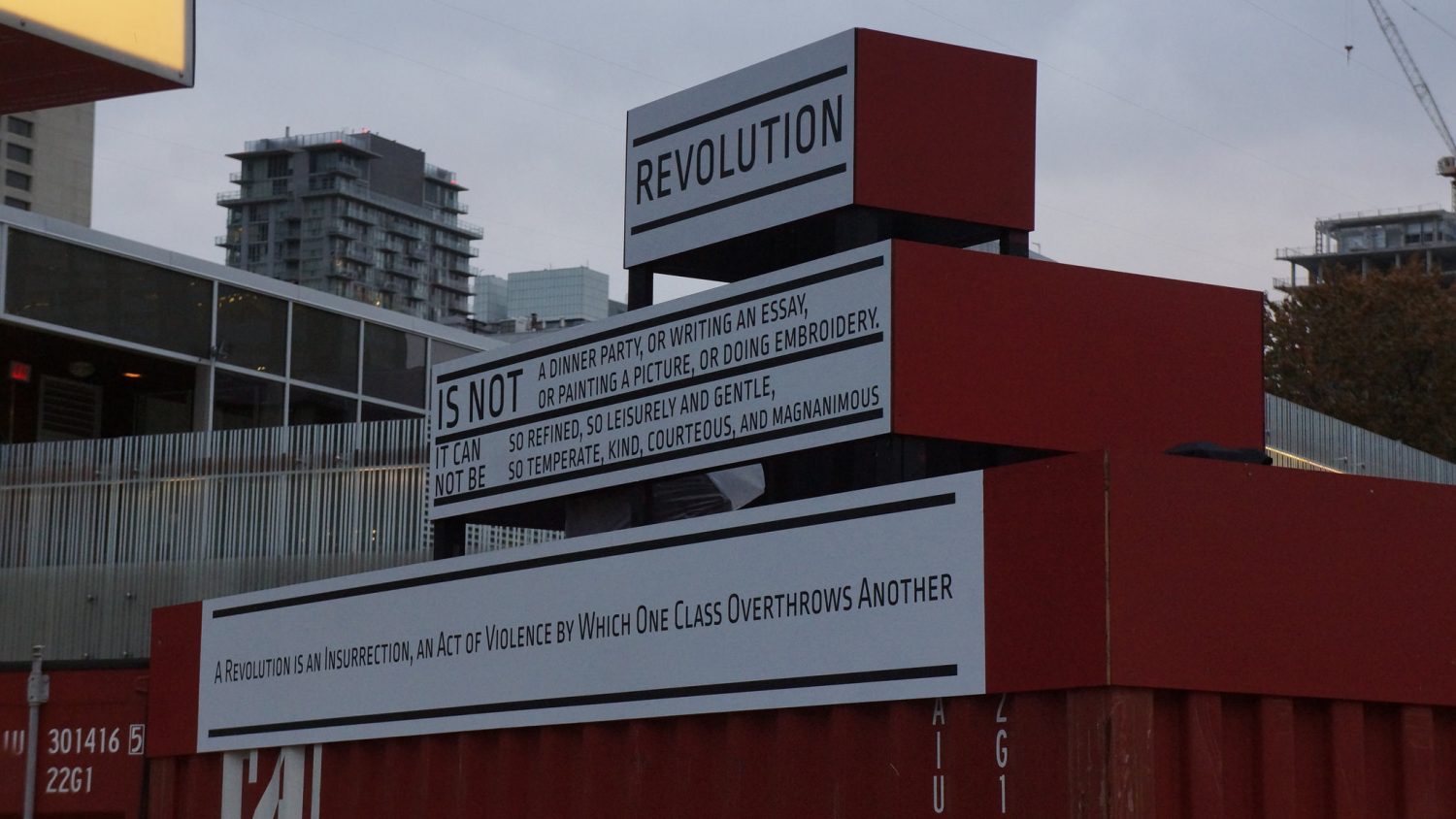 What is to be Done? Of Signal Events, Monumentality, and Revolution

What is the interplay between revolution in its historical and global import, and revolution as an act of local struggle? An essay about Chto Delat’s A Monument to the Century of Revolutions. 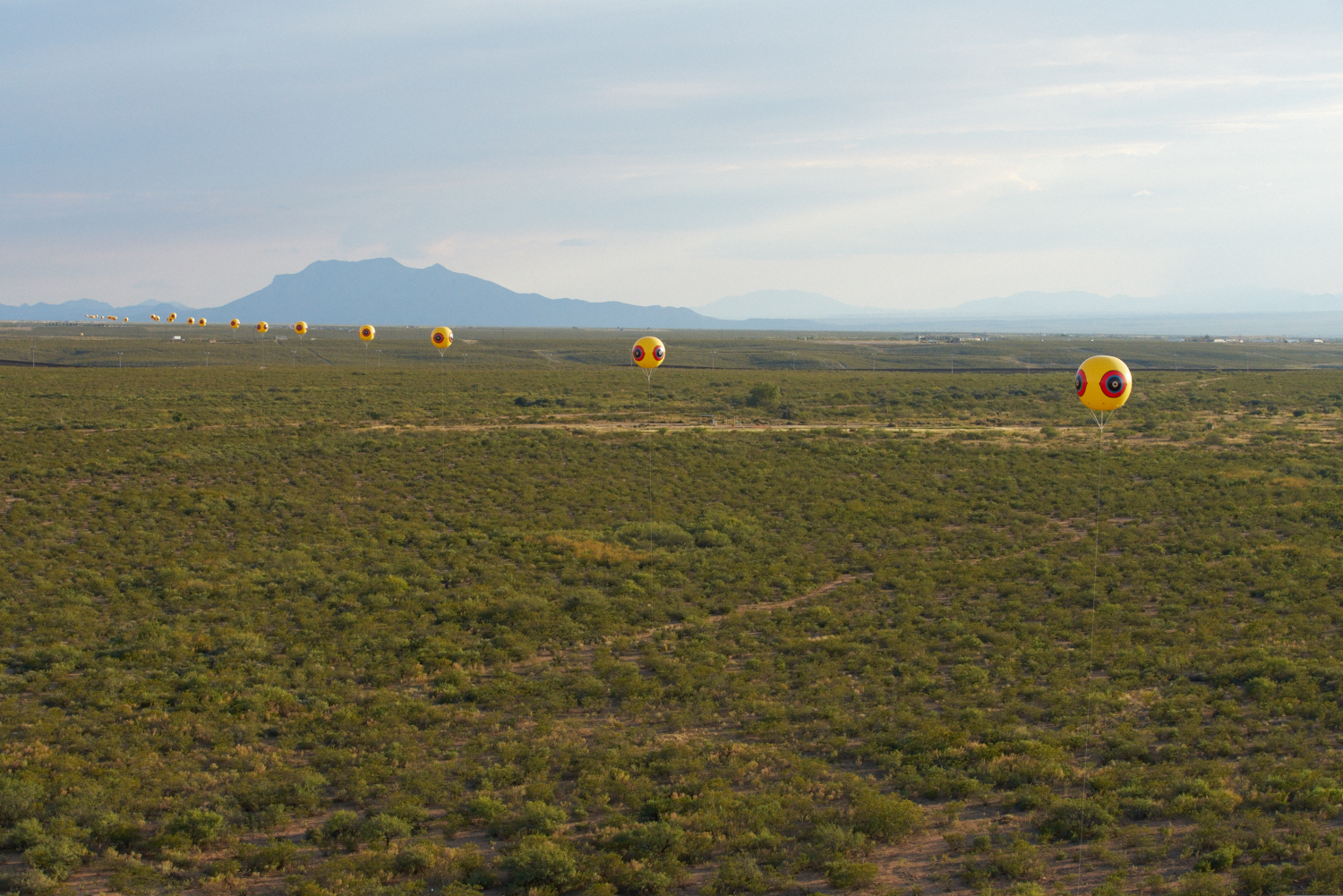 Considering what it means to live within the political bounds of nation states, this essay looks at the urgency of global migration crises, mass surveillance, and nationalist state sentiment. 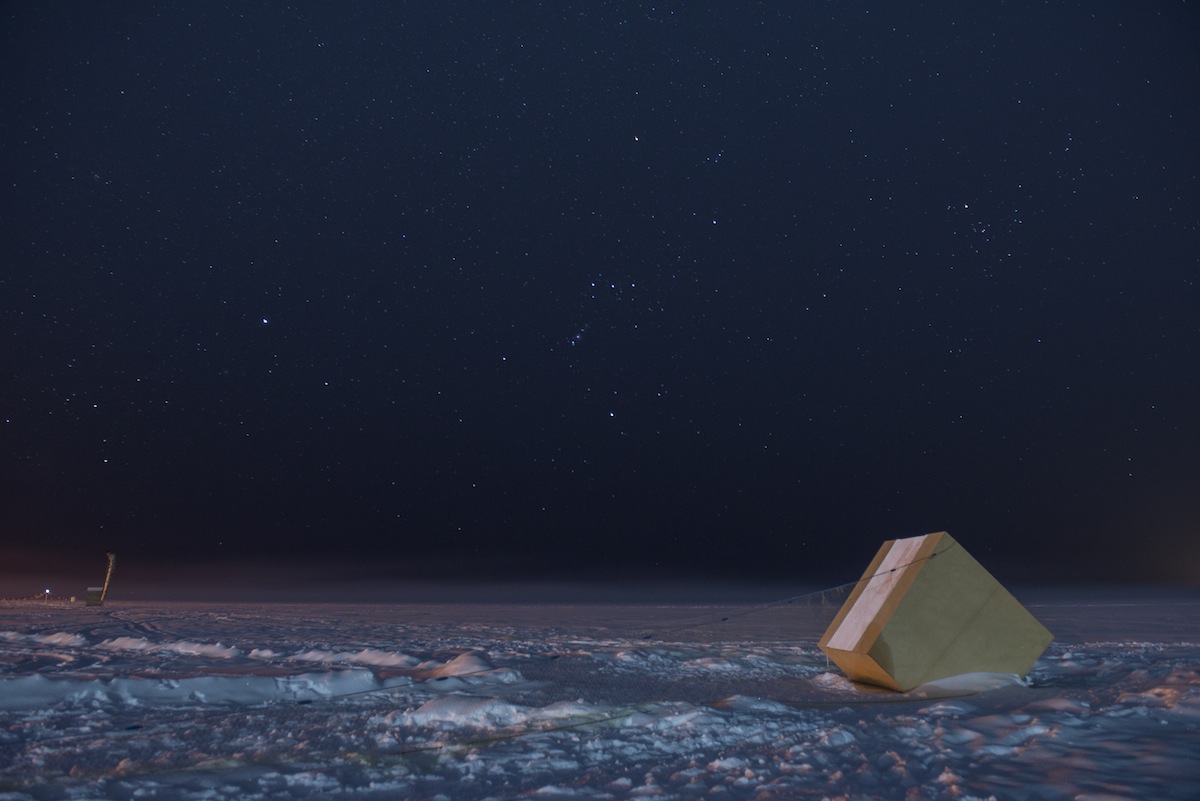 When Textbooks are Held Within Forest Floors

An essay about the personal experience of debwewin, the Anishanaabe way of engaging or not engaging with the world.