In the German language, as in many other languages, contemporary queer terminology is influenced heavily by English. Hence, for any English speaker, queer German words such as lesbisch, bisexuell, transgender, intersexuell, or asexuell are easily recognizable. The most frequently heard term for “gay” in German language, however, which is used both as an affirmative self-identification as well as a slur, is schwul—a term unique to German language and culture. Semantically, schwul is very close to “gay”, mostly being used to refer to men loving men. Phonetically, schwul is quite similar to schwül, a term used with regards to hot and humid weather conditions with high air pressure. The proximity of the terms is hardly a coincidence: a slightly old fashioned, yet still occasionally heard derogatory expression is Warmer (lit. warm person) or warme Brüder (lit. warm brothers) with regards to homosexual men. A possible explanation and idea behind those words is that gay men are thought of as being “in heat” when with each other, while their straight peers remain cool in the presence of other men.

Schwul and Schwuler have been appropriated by gay men successfully and are today used in neutral or affirmative ways to denote male homosexuality in scientific, medical, and everyday language. Warmer and warme Brüder, on the other hand, have never been used in positive ways or as self-identification and they seem to disappear from everyday language more and more. Despite or in parallel to the affirmative use of the term schwul within gay and queer culture and beyond, schwul as well as its derivate Schwuchtel (gay man) continue to be used as derogatory terms. In fact, over the last two decades, the term schwul seems to have re-emerged as maybe the most popular swear word among teenagers, signifying not simply homosexuality, but everything that is uncool, inappropriate, or simply bad. Walking in Viennese streets or taking public transportation, one can frequently hear the pointed question: “Bist du schwul, oida?” (Are you gay, man?), which is very similar to the ableist phrase common in English speaking contexts: “Are you crazy, man?” and has arguably not much to do with the accusation of homosexuality, but rather denotes inappropriate, abnormal, or bad behaviour.

Nowadays, schwul is not commonly used as a reference to queer women. Literature indicates, however, that it was indeed used for women in this way throughout the 20th century. Die Gaunersprache der Wiener Galerie (The thieves’ argot of the Viennese Gallery) from 1966, for example, uses dialect variations such as a schwulstiges Weib and a schwuls Weib (lit. a gay female) referring to a lesbian.[1] In contrast, Schwule Mädchen (lit. gay girls), a popular 2000s song by the all-male hip hop band Fettes Brot, builds its joke on the seeming absurdity of the word combination of a male connoted adjective and a female connoted noun, and at the same time reappropriating both of the derogatory terms that refer to gay men (since terms for gay men are often feminized as girls).

The terms lesbisch (adj.) and Lesbe (n.) are not free from stigmatizing and negative connotations either. Although the annual Pride Parade is a widely accepted and highly popular spectacle that young and old attend or watch on TV, and even the Austrian president Alexander Van der Bellen was the first head of state to give a speech at a Europride 2019 event in Vienna, one can experience queerphobia on a day-to-day basis in the streets of the city. The sight of a lesbian couple on one of Vienna’s glorious shopping boulevards still makes teenagers giggle and whisper “Schau, Lesben!” (Look, lesbians!) to each other—or shout “Scheiß Lesben” (Fucking lesbians). Another example of how much stigma the word Lesbe still carries is the reaction to a paper that one of the authors sent to a German speaking peer, apparently unfamiliar with queer culture, for feedback. The paper was returned with the comment (really, “good advice”) that she should exchange the word Lesbe with gay or homosexuell because Lesbe is such a derogatory term.

Queerness and queer culture in the German-speaking context, much like in other contexts, is not exclusively about (homo- or bi)sexuality, but also about gender transgression and confronting the cisheteronormative order. Indeed, queer and feminist activists developed unique approaches and usages of German language to reflect the complexity beyond the gender binary. This is crucial, since the German language, unlike English, is highly gendered and its use is misogynistic. Feminists started lobbying for gender-sensitive language during the 1970s, demanding more representation of women, especially with regards to professions. This was necessary, since it was common to use only male linguistic forms for professions, despite the fact that all job titles have two grammatical gender forms (such as Student and Studentin, for male and female students, respectively). However, in everyday language, the so-called generic masculine prevails: the masculine form for all humans, singular or plural, no matter the self-identification of the person or persons—Studenten (male students) for all students.

Queer, trans and non-binary activists and linguists continue to challenge the rigid boundaries of the German language to reflect the full spectrum of all human genders. They developed multiple creative and unconventional, but nevertheless practical ways to use the German language in a gender inclusive way. One option is capitalization inside a word to include more than one gender like StudentInnen (a combination of Studenten and Studentinnen). Another strategy is disrupting a word by using punctuation marks inside it, creating space for the multiplicity of gender identities between the two binary genders, for example in Student*innen, Student_innen, Student:innen, etc. Although female representation is still highly contested—and not only by conservatives and right-wingers in public media or legal texts etc.—public and other educational institutions have started incorporating gender-sensitive language, the Austrian government[2] and the City of Vienna[3] among them. Moreover, the University of Vienna,[4] which is the biggest university in Europe, and the Technical University[5] highly recommend the use of gender-sensitive language, and even the Catholic Church of Vienna[6] uses gender-inclusive forms on their webpage. 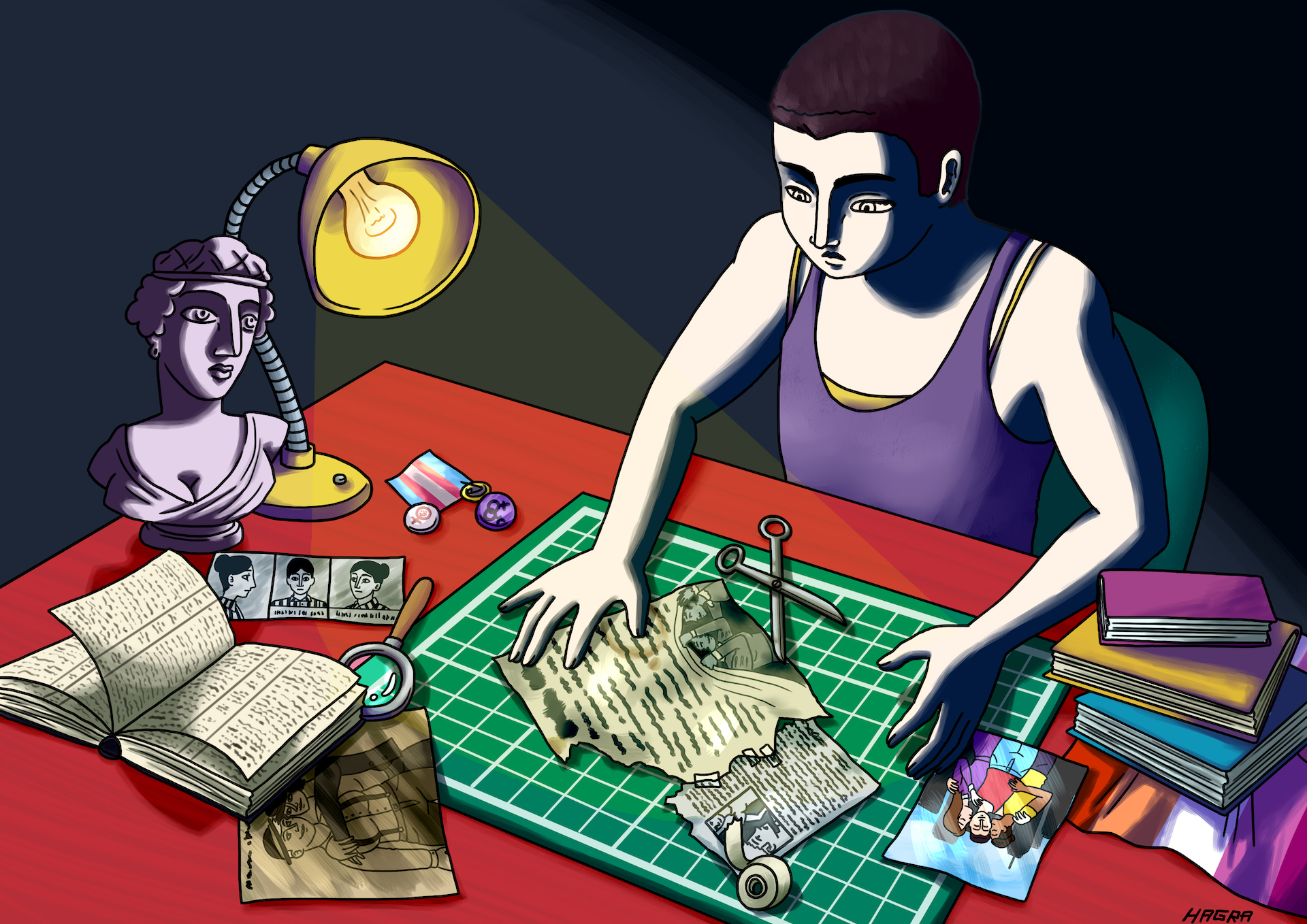 Life & Language: the Dictionary of the Queer International (5/10) 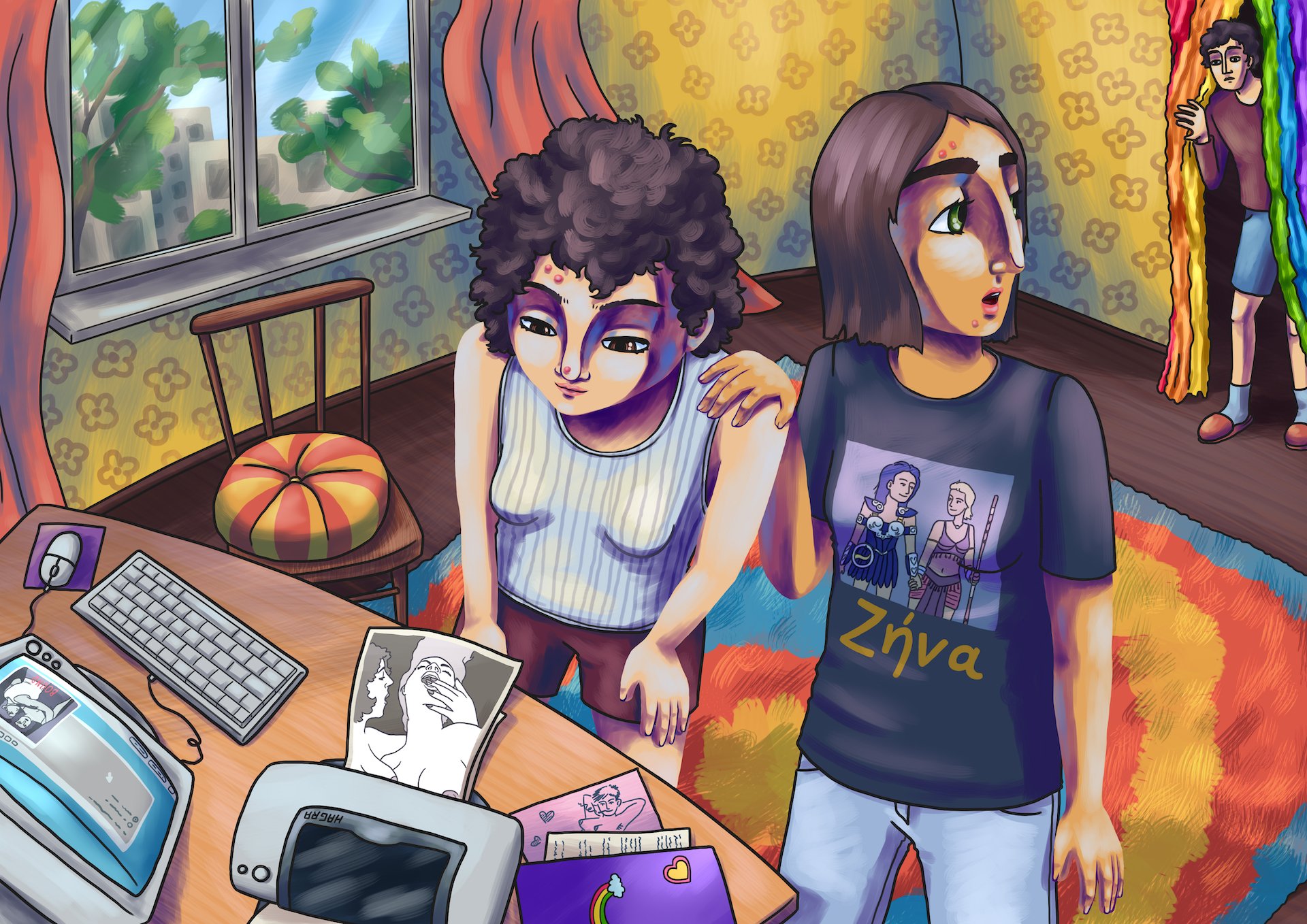 Life & Language: the Dictionary of the Queer International (7/10) 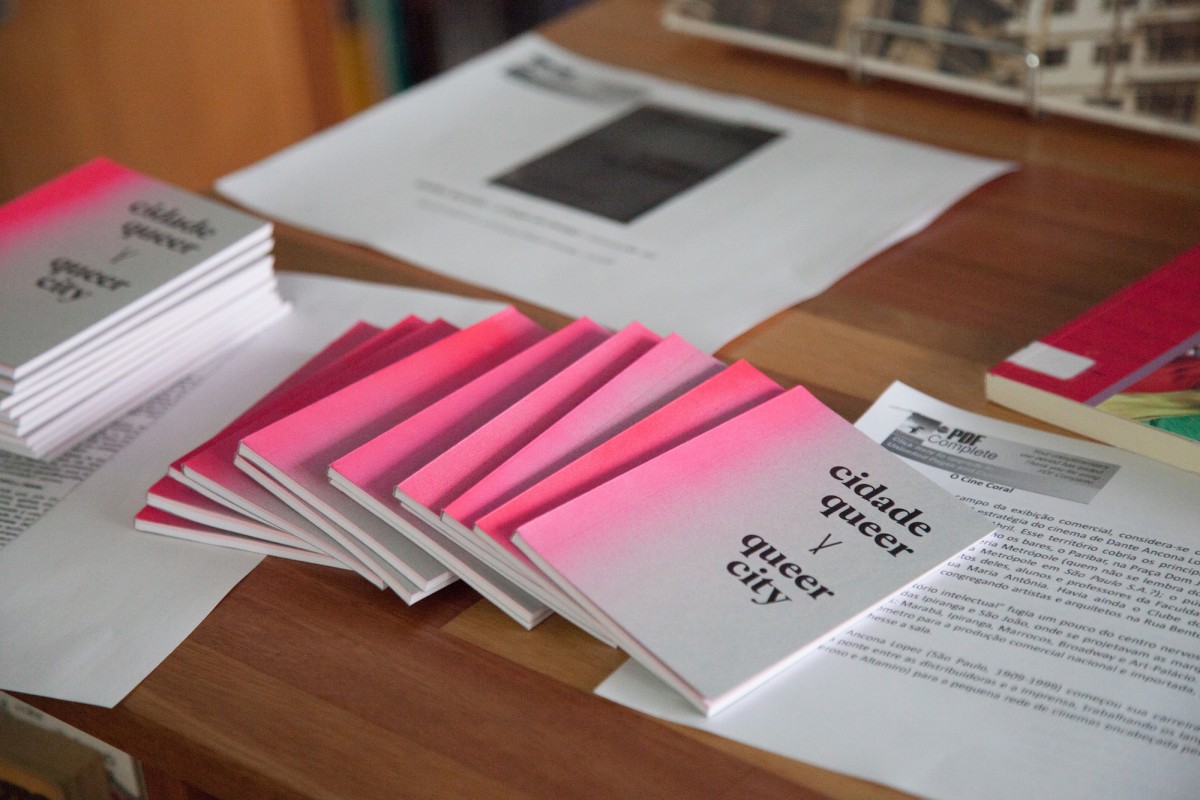