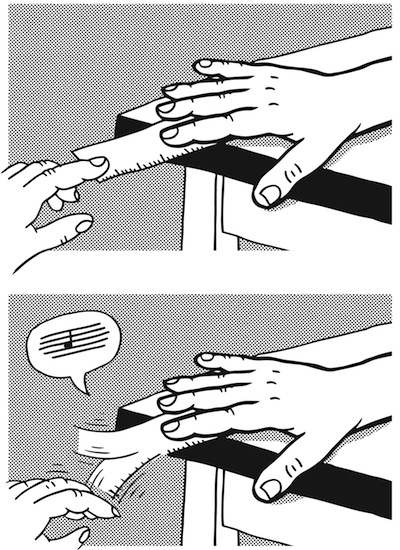 PS Guelph, ArtsEverywhere.ca, IICSI, and the Canadian Music Centre are excited to announce the winner of the How To Play Your World Contest! Our panel of judges independently scored each of the finalists’ videos based on a variety of criteria such as the learning opportunities it created for the participants, the connection to the lesson plans in How to Play Your World, and how much fun it was to listen to! After tallying all of the scores, the first place prize goes to the Da Vinci Program based at the Arboretum in Guelph! As the winners they will receive an exclusive workshop with author, educator, and musician Richard Marsella for their students, and $3000 to be used towards their educational programming! Their composition titled “Sounding Out the Schoolyard”, which was created by Grade 11 students, can be seen below:

Sounding Out the Schoolyard

Grade 11 students were asked to form groups and then, using handheld audio recorders, capture interesting sounds in the Arboretum at the University of Guelph—the schoolyard for The Da Vinci Program. They were then asked to bring the sounds together in a soundscape, a sonic map of some of their experiences in the arboretum, using GarageBand. The group that made this piece chose to use a video camera, making the process trickier and requiring some improvisation. The arrangement was made in iMovie instead, allowing for interesting layering of sounds and visuals. The joy of exploring this beautiful natural space, using and sensitizing multiple senses in the process, is evident throughout.
This lesson is inspired by a blending of Musique Concrète, Soundscape work in the style of Murray Schafer, and more popular forms of beat music. It combines elements of Richard Marsella’s lessons “How to Play Your Classroom” and “The Remix” from How to Play Your World.

Over the course of the contest we received many amazing videos; here are two others that made the finals from the Guelph Youth Symphony Orchestra and a homeschool program from the Guelph Outdoor School!

These students from the Guelph Youth Symphony Orchestra began by working on “The Remix” section of How to Play Your World, as that was the “majority vote.” However, the students quickly found that when it came to creating our submission, it was difficult to work together to create a remix. Taking a break, the students settled in the Teacher’s Lounge area, where they spontaneously began improvising together. I had briefly mentioned, but not explored in detail, the “How to Play Your Kitchen” plan. After a number of attempts, the students settled on the song’s baseline content, which in the video is up until 1:11. The remaining 49 seconds were improvised by the students! The chips, handkerchief, and the pseudo-duck sound were all unplanned/spontaneous additions.

Sounds of the Woods

We are the Cedar Grove Homeschool program that is run out of the Guelph Outdoor School. We meet every Monday and work on naturalist skills, nature connection, and community music making. The group consists of 12 kids, aged 7 – 12 years old, as well as 2 facilitators. One of our student teachers filmed this video after we did the “How to Play your Classroom” lesson from the How to Play your World handbook. Each participant was asked to find a sound from the forest that they enjoyed and we had a student conductor cue each sound into the tapestry. It made for a fun, percussive landscape that changed the way we interact with the forest.

Here are a few other ways that people have used lessons from How to Play Your World to teach musical concepts, build new instruments, and have fun!

This Chopstick Piano was built using concepts from the “Ruler Music” lesson in Rich Marsella’s book.