Controversy engulfed the Whitney Biennial recently over the inclusion of Dana Schutz’s “Open Casket”, an abstract painting that depicts the violently mutilated body of Emmett Till who was murdered by two white men in Mississippi in 1955 after he was falsely accused of whistling at a white woman, Carolyn Bryant.

On April 10, 2017 the Whitney hosted a debate titled “Perspectives on Race and Representation.” They partnered with Claudia Rankine and the Racial Imaginary Institute to convene a conversation with artists, scholars, and critics to gain their insights into these issues in relation to the 2017 Biennial and our contemporary moment. The debate considered questions of the ethics of representation and the responsibilities of artists and museums. Contributors included Elizabeth Alexander, Christopher Benson, LeRonn P. Brooks, Ken Chen, Malik Gaines, Lyle Ashton Harris, Terrance Hayes, Ajay Kurian, Christopher Y. Lew, Casey Llewellyn, Mia Locks, Claudia Rankine, Sarah Schulman, Christina Sharpe, and Herb Tam, among others.

What follows is the complete transcript of Sarah Schulman’s contribution to the debate. In offering the text to ArtsEverywhere for publication, Schulman noted that LitHub declined to publish the text after she refused to delete the concluding paragraph regarding the Palestinian Solidarity Movement.

Most white women who have significant ruling power in our moment are dynastic. Even our most qualified and emblematic leaders, Eleanor Roosevelt and Hillary Clinton, were wives. Finding white female figures at the apex of power who are not dependent on white men for their access often elude us. Perhaps this is why married white women and unmarried white women vote so differently. The most progressive voting blocks in the American electorate are Blacks, Jews, and Unmarried women. Unmarried white women voted 72% for Clinton. It is the identification with the White Race through law and reproduction that seems to trend white women—who now earn 82 cents on the white man’s dollar—towards handing power to those who will force us into motherhood for which there is no support, destroy our right to organized labor, keep us from health care, and under-educate us while attacking people of color, immigrants, Muslims, and others in our name and with our help.

What we are facing is a white group identification based on race that is facilitated by a concept of White Family as the primary center of legitimization. For this reason, many white working class people whose jobs have been globalized out of existence are unable to place responsibility on the White one percent, and instead, are propelled by racism to project their anxieties and blame onto Immigrants and people of color who bear no responsibility for their pain. We are subjected, constantly to the greatest Fake News of all, the claim of White Supremacy. So white women must face Emmett Till.

In fact, in our time, every level of discourse is dominated by False information that dehumanizes and destroys lives. Right now we all fear The Supreme Court, but in one earlier incarnation they ruled that yelling “Fire” when you know there is no fire, is not protected speech. The concept of “Freedom of Speech” does not protect deliberately spreading false information in a conscious effort to gain power. “Freedom of Speech” protects opinion. These two concepts have become falsely fused in the public mind, which confuses our conversation of what is and what should be “Free.” We see a new generation for whom the words “Freedom of Speech” is a signifier, not for breadth, opinion, and change, but for Fake News, White Supremacy, and Status Quo.

And so, rather than dividing the right to opinion from the deliberate spreading of lies, their experience insists on the two being conflated.  We see this conflation dramatically in what we used to call “Elite” Universities, but I think we need to call them now, more honestly, the Corporate Universities. We increasingly see white students focusing their political activism on the action of stopping Fascists from speaking, and this has extended to stopping people who are not Fascists from speaking. Going from campus to campus this year, I saw very little coherent large-scale, strategic student organizing against The New Regime and our National Calamity. We need to focus on our Vision of what we Do Want, Our Goals and Principles—which need to be in place to determine positive strategies. Instead there is a reactive impulse to stop others from speaking—which, in practical terms, has never been a successful strategy for progressive change. One of the fundamental principles for successful strategic organizing is: If a strategy has not worked before, do not do it again.

For Black students on Corporate Campuses, this same approach is manifesting with a different impulse. For the last fifty years, as a consequence of unending Black struggle, more Black students have graduated from Corporate universities.  Their experiences, networks, credentials, mentors, access, and success have been at a great emotional cost, simultaneously being told that acceptance is happening, while being faced instead with round-the-clock racism, as well as a cloying, whining, white do-gooderness demanding Black attention. And yet as these men and women run these gauntlets and gain influence and tools for power, the universities still treat them like outliers. They are not reflected in the souls of these corporations, and they are reminded of this constantly. As the numbers have grown, the rage has grown. Examples from Georgetown University’s offering of free tuition to descendants of its slaves, to Yale University’s inability to retain Black faculty, to blackface at fraternity Halloween parties, to invitations to Charles Murray, and more and more and more become more and more absurd to Black alumnae and students. The level of outrage and resistance is also a reflection of identification, even if it is a negative identification with the universities’ brand. The empowerment to insist that this stop—the empowerment to expect to be heard—this demand is not an outsider critique, it is an insider critique, an insistence on being treated like the powerful insider that people have been falsely promised to be.

And so it is with the criticism of “Open Casket.” The Whitney, after all, is a corporate Museum. The most common names on its walls are JP Morgan and Tiffany’s. Looking at the signatories on the letter demanding the destruction of the painting, some are outsiders: educated in the public sector, making art with no institutional support. But many are products of the same system that produces the Biennial itself—signatories who are affiliated with Ivy League schools, The New Museum, the Metropolitan Museum, and have graduated from The Whitney Program. This is an expression of rage that comes from within the Corporation, coming from an experience where the call for “Free Speech” is not to protect opinion, but instead is regularly manipulated and used as a trick to hide the deliberate power grabs of White Supremacy.  This reminds us that Corporate Universities and Corporate Museums have never been places of Free Speech. They have always curtailed opinion—because they are the private sector, indebted to corporate agreement. Hence, we cannot have protests at Lincoln Center because it is funded by the Koch Brothers. Indeed, on some very deep level, in order to be a successful—and I mean a really successful—artist in America today, one has to be in some significant way palatable to the private sector. Given the grotesquerie of our society at this moment, it would behoove all of us to look at every piece that succeeds, and every artist who is rewarded and ask: Why? Why does this work make the Corporation that rewards it comfortable enough? What does this person who is so rewarded have that renders their own message acceptable? What does this successful work actually mean, what does it stand for, what does it value?

In this context, and rooted in this experience, there are some people who want to stop the expression of opinion that they find objectifying and destructively repetitious, and to stop the use of images of Black destruction as entertainment. How documentation, and its expression through both realism and abstraction, recreates pain, while making domination thrilling or normalized to others, is something this protest has succeeded in pushing all of us to try harder to responsibly understand. In a show that is orderly, “Open Casket” has been singled out by some as the one work that fails, and sometimes when an artwork fails it is because it represents an idea that is larger than what is possible, either for that artist, or for the community. This rift has produced a discourse of extremes, a surfacing of perspectives, and an engagement of content that is perhaps more successful than the show itself, or that, in fact, renders the show a success.

The fact that so many of us disagree with the value of destroying paintings, makes—in a way—that  expression the most important aspect of Free Speech to defend, because it exposes what we all need to grapple with: the responsibilities of White Women, the broadening Black Insider demand on Corporations, and the difference between the protection of opinion, and the protection of the deliberate spreading of false information to gain power.

I want to end by acknowledging one significant progressive community that is not confused about Free Speech, and that is the Palestine Solidarity Movement. There is an internationally coordinated campaign to claim that criticism of the Israeli government is inherently anti-Semitic and therefore qualifies as “Hate Speech”—thereby counting on the dismantling of the collective support for “Free Speech” to silence The Boycott, Divestment, Sanctions movement. Using this logic, Fordham University, here in New York, has just forbidden Students for Justice in Palestine from forming a chapter on their campus—claiming that being for Palestinian liberation is “hate speech” and should be destroyed. If we allow our confusions about Corporate and Public Opinion and Fake News to destroy our demand for open expression, the Palestine Solidarity Movement will be our next casualty. The people who ultimately suffer from the repression of painful Opinion are not the elite but, in fact, the powerless.

The body remembers when the world broke open

A Template for Change 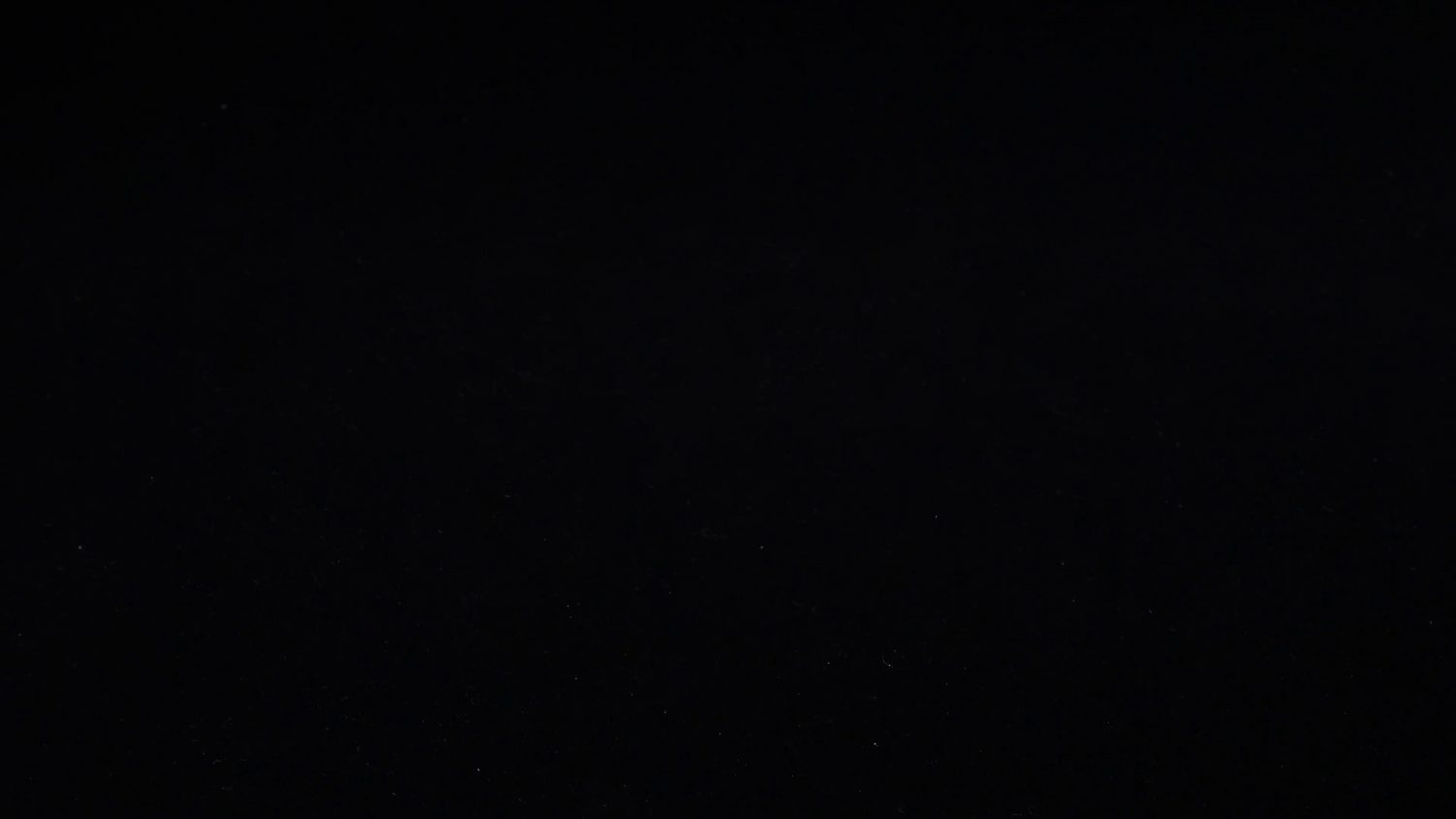