Can a landfill be a site of pollination? What can invasive species taking over a trash-filled riverbank offer to our understanding of future ecologies? These are the questions that artists Meech Boakye and Christina Kingsbury bring to the conversation about degraded landscapes. For decades, invasive species—species of plants, animals, and insects which do not originate where they are found and which, by definition, have a detrimental effect on the ecosystems where they grow—have been villainized as so-called threatening, alien, and exotic. As we begin to confront the Earth’s dizzying decent into climate chaos, Kingsbury and Boakye’s work challenges us to look at invasive species with more nuance and complexity. It’s no coincidence that this challenge to how invasive species are perceived comes at a time when we have to face the swaths of the Earth’s surface that are contaminated landscapes: mining pits, tailings ponds, landfills, eroded riverbanks. As artists Boakye and Kingsbury explore in this article, it is at those very sites of degradation that vigorous, non-native species often are found doing the heavy labour of beginning to rehabilitate the soil. In a recent article in C Magazine, they reflect, “Many [invasive species] decompose into new, nutrient-rich layers of soil, support the microbes and fungi in their work underground, and have root systems … holding the waste in place, preventing it and its toxins from leaching into the waterway.”

The artists wonder whether there isn’t a xenophobic underbelly to all the discourse around non-native and invasive species, and whether in being curious about their role in damaged and contaminated ecosystems—and our relationship to those species—whether we can move towards a deeper understanding of our own human relationship to land, ecology, and to each other.

Japanese knotweed, garlic mustard, European buckthorn, and crown vetch are non-native species that often grow in former landfills and abandoned lots. They were brought to Turtle Island (North America) as familiar food, as medicine, as exotic garden specimens, or as escaped stowaways. Some migrations were part of an intended “biological expansion of Europe”,[1] but others are part of multidirectional plant movements that have accompanied the rise of global capitalism. Invasion ecology, a relatively new scientific field, classifies all of the above species as invasive,[2] and much of the language about these plants carries militaristic and xenophobic connotations. Terms such as alien, exotic, noxious and phrases such as the “war on invasives” are commonplace and widely accepted, although not fully unchallenged.[3] Certainly, some non-native species can have devastating impacts on ecologies by growing into monocultures that reduce biodiversity and threaten specific habitats and species. However, at the heart of the discourse around invasive species lies a set of ambiguous and contested concepts entangled with dark histories and desires.

The so-called war on invasives positions invading organisms as a threat to a romanticized pure ideal. One extreme example of this is the strict biological nativism supported by Nazism in pre-World War II Germany, where an effort to purify the nation included a process of eliminating people and biota that were labelled non-native.[4] In post-colonial contexts, the definition of native refers to species that have evolved in an area “without human involvement”[5]— which ignores the rich and long history of plant dispersal and cultivation that Indigenous people have been engaged in for millennia. This omission feeds into false colonial notions of untouched “virgin” nature that instrumentalize the conceptual divide between humans and nature, subscribing to a theoretical classification of purity that feminist scholar Alexis Shotwell says “is always imbricated with the forever-failing attempt to delineate material purity of race, ability, sexuality, or, increasingly, illness.”[6]  While scientists and conservationists involved in the study and eradication of “invasives” are often operating from legitimate and informed concern for ecologies, this language and orientation reproduces either/or thinking that dangerously sidelines particular beings as a moral justification for their eradication.

In the late summer months of 2021, as drought raged across our respective geographies in northern Ontario and Oregon, we continued to discuss invasive plants growing in degraded lands. Our conversations were tinged with uncomfortable feelings around using the word invasive but we hadn’t yet created language to speak about these plants differently. The kind of purity politics and binary thinking that underpin the language and attitudes towards ‘invasive’ plants have been extensively critiqued by feminist thinkers. In her book Against Purity, Shotwell writes:

[purism] is one bad but common approach to devastation in all its forms. It is a common approach for anyone who attempts to meet and control a complex situation that is fundamentally outside their control…it shuts down precisely the field of possibility that might allow us to take better collective action against the world in all its strange, delightful, impure frolic.[7]

Rejecting purism, Shotwell advocates for a way of perceiving the Earth that does not turn away from complexity and human complicity in its harm, but instead views an understanding of these things as fundamental to our lives and possible liberation. Donna Harraway’s cyborg theory provides a framework that rejects rigid dualisms, envisioning worlds that allow for kinship between boundaries and a fluidity with which we might align and learn.[8] Harraway writes:

In the fraying of identities and in the flexive strategies for constructing them, the possibility opens up for weaving something other than a shroud for the day after the apocalypse that so prophetically ends salvation history.[9]

In a time of intensifying climate crisis, environmental degradation and rising political instability, Haraway’s words feel especially poignant. To create a world with more flourishing, we might start by rejecting rigid categories and getting curious about the complex ways we are entangled with multispecies beings, especially those with complicated reputations.

It was in these thoughts about impurity, couched in wider conversations about disability, Blackness and transness, that we found language to point to these complexities, although we acknowledge it is merely a starting point. We decided to take on the term transplant as a way to consider connections between plant and human bodies beyond colonial categorization. Transplant thinking provides a shift in positioning, inviting us to think about inter-species solidarities and alignments. It recognizes that there is a connection between ways that human bodies have been transplanted against their will through displacement and enslavement and plant bodies migrated without agency, including attempts to control or eradicate these bodies. It also recognizes that plants contain within them histories of movement and networks of care; a vast archive that includes mycorrhizal fungi, worms, pollinators, fauna, ecologists, foragers and gardeners, among other beings.

Our collaborative thinking has always been rooted in how we relate to transplants. Our relational artwork ‘Afterwords’ grappled with a local Guelph, Ontario riverbank’s history as an official industrial and domestic dumping ground.[10] The River paths are footworn and fragments of waste are visible here and there. We gathered a small group of artists on the banks of the Eramosa River just after the equinox to share stories and build alliances with transplants growing there. As we described in a recent C Magazine article, we harvested buckthorn berries, considered the medicinal gifts of Japanese knotweed, discussed how periwinkle has guided researchers to abandoned gravesites of enslaved Black communities, and observed violets that had recently arrived within a patch of garlic mustard. We dipped dried mullein seed heads in wax to make hag’s tapers and each person offered a gift to the land while we sat in the quiet dark around the torchlights.

With the buckthorn berries we gathered, Christina made a dark green-purple ink that was used to paint Meech’s poetry on the gallery wall. We used walnuts, sumac and goldenrod flowers to dye patches of fabric gallery goers made into native “seed carrier bags” to offer to the riverbanks. Our work with transplants continues in the form of a Transplant Field Guide.[11] The guide explores threads of histories, stories and contributions of specific plant species, as well as meditative invitations that suggest ways to relate and learn with transplants. The guide also shares our own stories, reflecting ways we have learned and changed in these relationships.

Degraded lands like riverbanks and wetlands turned landfills, or re-wilding urban industrial lots, are fluid spaces. They are constantly changing in relationship to human and more-than-human communities that are making-together. Any generative orientation to these spaces must find a way to nestle into spaces of complexity with open curiosity. Our work together strives to meet transplants with the knowledge that, as uninvited immigrants to this land, we have work to do to learn how to be here, how to “take care of the land as if our lives and the lives of all our relatives depend on it.”[12] Perhaps, if we build relationships with transplant beings, we can do this work together. The possibilities of this orientation allow us to dream of futures not just of survival, but where we see the blooming of collective liberation. We learn from transplants, who are “the essence of viriditas—life’s tendency to thrive even in unexpected and unforgiving places.”[13] We learn from a landfill turned riverbank—teeming with life, nourishment, and myriad possibilities of regeneration—who teaches us that creativity and collaboration are necessary aspects of restoration, a slow process of observation, learning, and continuous tinkering.

[3] In “Why We Should Rethink How We Talk About ‘Alien’ Species” in Smithsonian Magazine, January 2018, writer Amy Crawford outlines how, as long as ecologists have warned about the dangers of invasive species, others have questioned the appropriateness of this kind of language.

[4] Mungi, N. A., and Qureshi, Q. “On the history, science and politics of invasion ecology”, Dialogue: Science, Scientists and Society Indian Academy of Science, 2018.

[8] In “A Cyborg Manifesto”, Harraway deftly critiques dualisms such as human/animal, nature/culture, male/female and particularly organism/technology and advocates for breaking down these boundaries to embrace cyborg identity and possible worlds that accept fluid and contradictory identities.

[10] Like many waterways and wetlands, the banks of the Eramosa between Hanlon Rd. and Victoria Rd. were used as dumping grounds as early as the mid 1800s, and were designated an official city landfill from 1935-1958 – just before the Eastview Landfill opened. 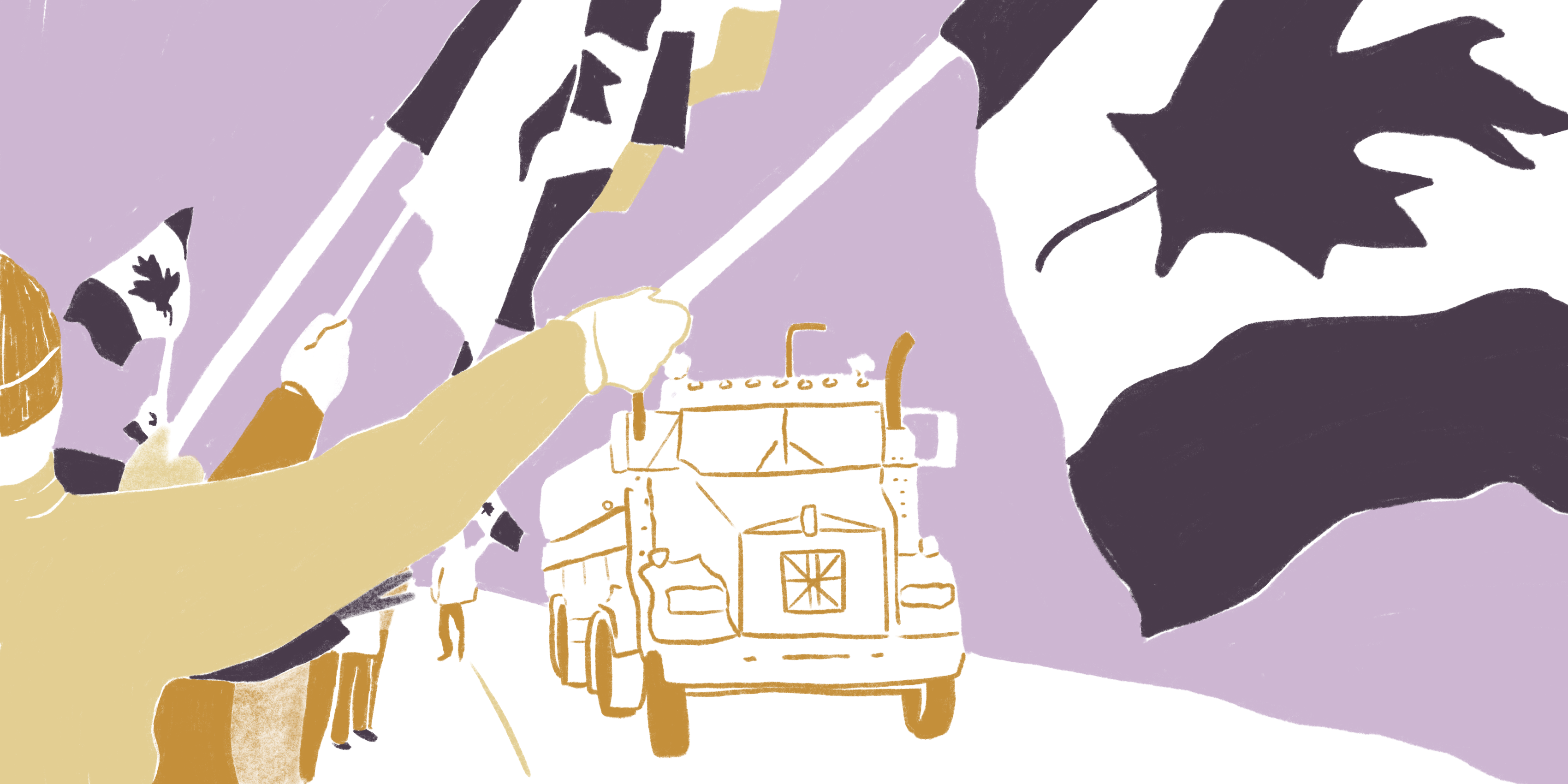 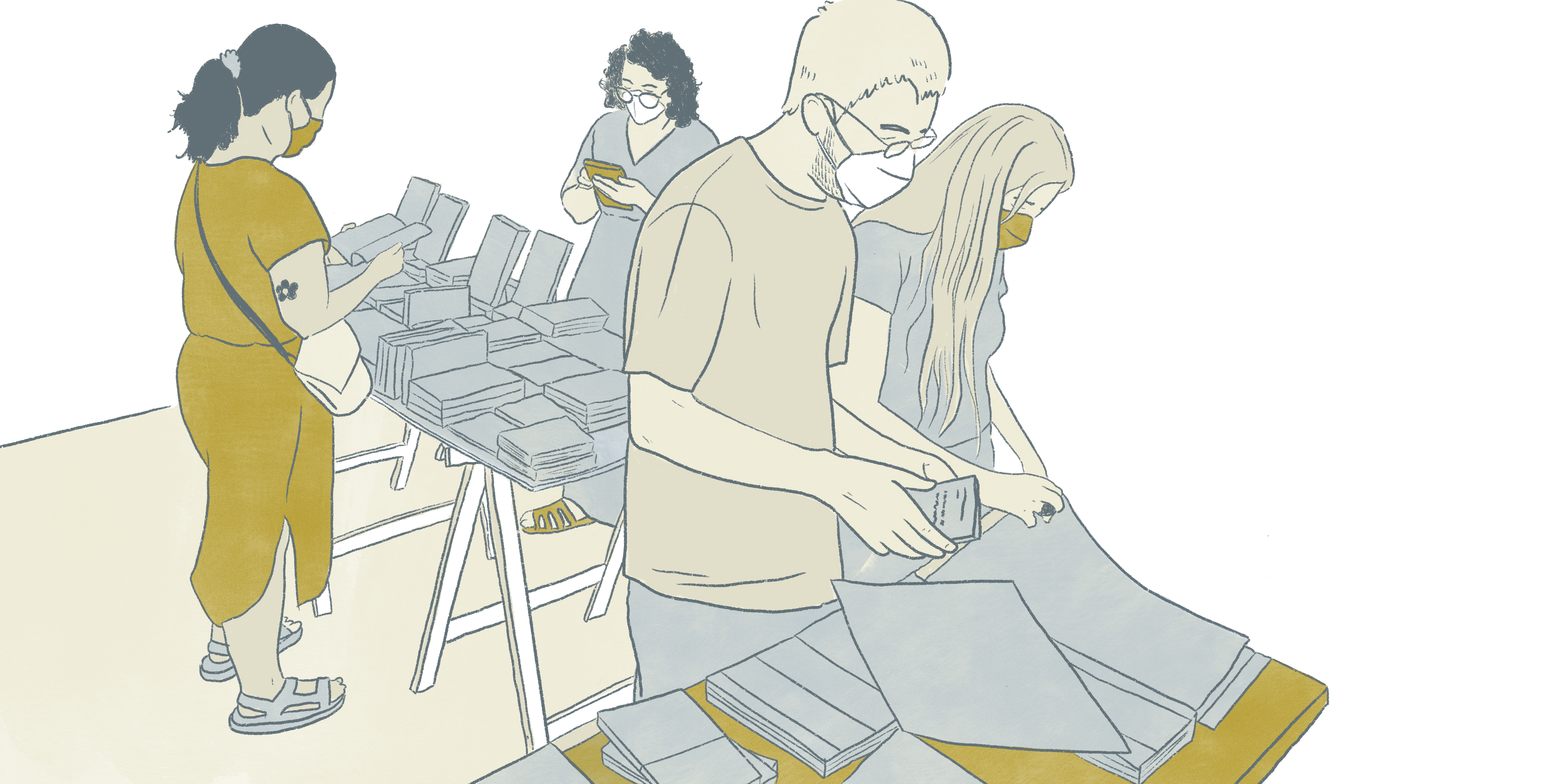 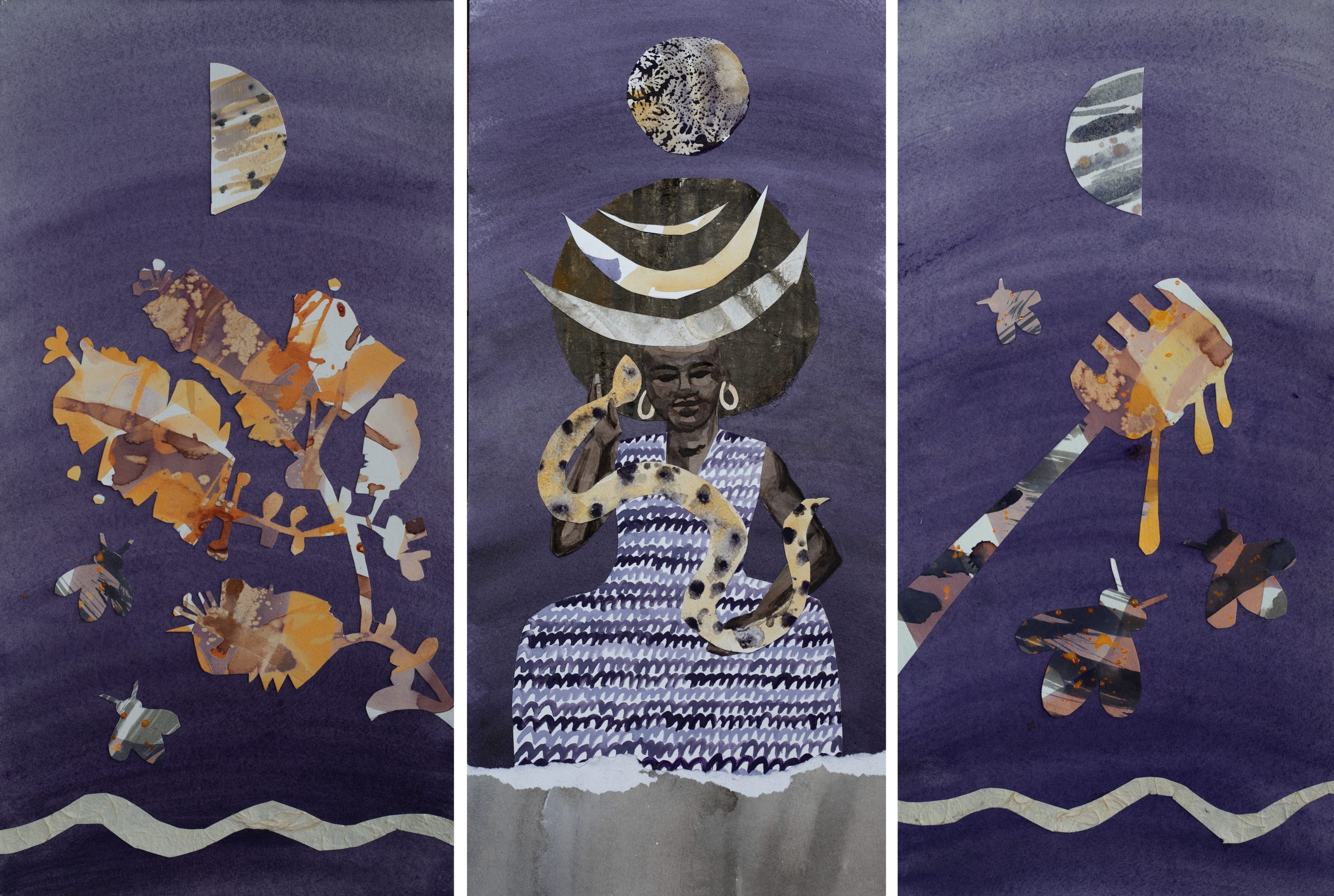 Dyes, saints, and honey: the modern use of the logwood tree in Quisqueya

Written and illustrated by Karla Claudio-Betancourt, with Illustrations by Héctor Eliazar Ortiz, and Photographs by Emil Morales Pérez 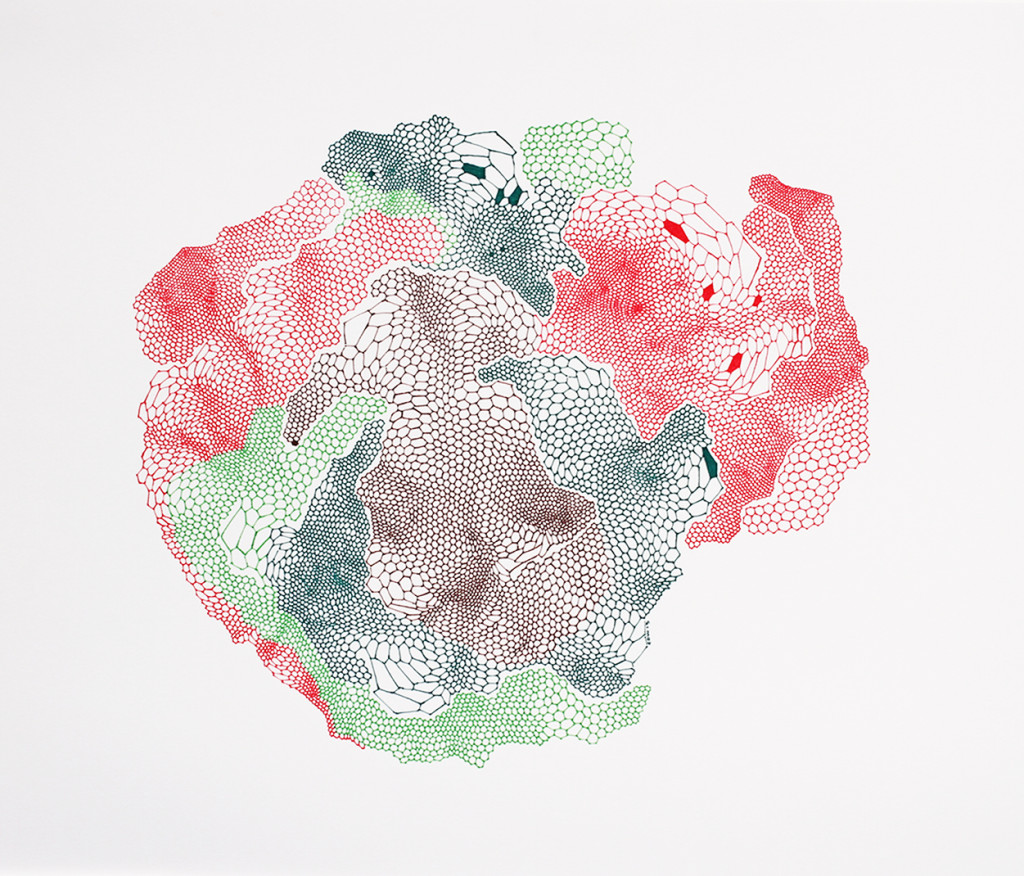