Laeïla Adjovi is a Beninese-French reporter, photographer and visual artist based in Dakar, Senegal. In 2020, she was named the first recipient of the ArtsEverywhere Fay Chiang Fellowship for Artistic Journalism.

I stalled. For weeks, my daughter has been hearing these two words, on TV, on the radio, and on everyone’s lips. At age four, bugs and spiders are what she is most afraid of, so it makes sense that she would draw that connection. I should have clarified. At four, words are images, and I could not have her picture that thousands had died, that even more were currently sick with a new illness and that millions were told to stay at home—well, for those who have that luxury anyway. I avoided the topic, delayed the conversation. I told myself that it was to protect her, when undeniably it was to protect me. I was clueless and anxious as I pondered what this new bug-spider-disease means for us as a global society.

Flashback to a warm Sunday of early March. As the little one and I step out of a plane in Cotonou, Benin, and hop on the shuttle to the airport terminal exit, damp heat presses on our cheeks. In Dakar, Senegal, where we live, a cool breeze sweeps down the coast this time of the year, nothing like the furnace weather of Benin. I am here to do some research for a book project, and let some of that grandparents’ love rain upon my daughter. I am feeling joyful and optimistic as we reach my parents’ home in Quartier Jak, a residential neighborhood in the economic capital of Benin. Interviews, writing and prepping for a photo exhibition at the upcoming Dakar Biennial are on my schedule. After which, a planned trip to France, to speak at a conference and browse some slave trade archives. But within just a few weeks, the situation radically changed, all travels were cancelled and any form of planning became trivial.

Here on the continent, the number of confirmed cases first rose in Egypt and Morocco. Travelers from Europe then brought Covid-19 to Sub-Saharan Africa. I had barely unpacked my bags in Cotonou when Senegal became one of the first West African countries to take drastic measures: closing borders, schools and places of worship, setting up a night curfew and declaring a state of emergency. In a rare inversion of history, European citizens were banned from entering most African countries.

With 96 confirmed cases and two Covid-19 related deaths in Benin as I am writing this, the government’s response was somewhat similar: shut borders, schools, mosques and churches and restrict movement. (In the week this article was published, the number of confirmed cases went from 96 to 242. Although no additional coronavirus-related deaths were reported, the government decided to extend closure of schools and places of worship.) Contrary to Europe (or some other African countries), full lockdown was never considered an option. Working from home, a privilege even in rich countries, sounds like a sick joke in a place were most of the population earns a living day by day, relying on an informal economy. Beninese authorities acknowledged early on that forcing people to stay home would come down to choosing between infection and starvation. Instead, Benin was one of the first African countries to make face-masks compulsory in all public areas. Of course, pharmacies ran out in a flash. So people started making their own, out of cotton or wax print fabrics. Masks are everywhere now, sold in stores and peddled by hawkers on the side of the road.

Africa remains the continent least affected by Covid-19 for now, with less than 2,000 confirmed casualties to this day. Yet a scarcity of medical facilities, supplies, equipment and staff, combined with a lack of basic infrastructures—running water, above all—are seen as the ultimate recipe for disaster. In the midst of their own turmoil, some Western countries and some medical experts were quick to forecast horror for us Africans. In mid-March, before the number of cases on the whole continent came even close to the tally of a single country like Italy or Spain, we were told to anticipate millions of fatalities. “Africa should wake up,” implored World Health Organization director-general, Tedros Adhanom Ghebreyesus. But why would anyone assume that we are sleeping?

Of course, I am not suggesting that we should neglect to prepare for the worst. Within weeks, infections have spiked. Still, how does it help to spread fear? What does it entail to prioritize Covid-19 over malaria, AIDS or even hunger? We do need a plan, yes, indeed. But we need our own plans—plural, because after all, we are 54 countries. Furthermore, we need hope. Age distribution may play in our favor: a 2018 report from the United Nation Population Fund stated that an estimated 60% of the population in Sub-Saharan Africa is below the age of 25. A very young population and a virus that is mainly lethal for people over 60 could make a real difference here.

Moreover, healthcare teams are taking the situation very seriously, using the experience gained from recent epidemics, like Ebola, to try and come out the other side with as little damage as possible. In Senegal, scientists are coming up with their own testing kits, and using hydroxychloroquine to treat patients—as are Benin, Togo, Ivory Coast, South Africa and Burkina Faso, amongst others. Madagascar has announced the launch of a new organic drug derived from artemisia, a plant traditionally used against malaria. Testing for Covid-19 mushroomed in capitals like Douala, Cameroon, and Johannesburg, South Africa. In Nigeria, even a messy megacity like Lagos has managed to implement a lockdown. In Ghana, the president announced a special plan to alleviate the economic effects of the pandemic, while Senegal, Morocco and Ivory Coast have held talks to craft Pan-African solutions. The delayed impact, compared to Western countries, also gives us clues to learn from other countries’ mistakes: hospitals can not be considered as businesses and healthcare should never be commodified.

I am not a lone believer. A group of prominent African scholars has denounced the prophets of doom and gloom and called for the mobilization of all scientific and human resources of the continent and among its diaspora. Some even dream big for the day after, calling for debt cancellation for all African countries, emphasizing the need for well financed scientific research, and summoning efforts to curb dependency on foreign aid from both China and Western economies.

Most of my plans have turned to dust, and I have no idea how long I will be stuck in Benin at my parent’s place. This might be the longest span of consecutive weeks I have spent with them in my adult life. I feel grateful to be with family during these strange times, I have come to realize how miraculous my timing was. Meanwhile, my four-year-old acts as if colorful face masks are fun props for dressing up, and I play along. I did not tell her why we stayed in Benin—closed borders and grounded flights. She only knows she is not allowed to hug her old great-grandma anymore, and that school is off. I have finally come up with a confident answer for her about ‘CoNora virus’: It is like a nasty bug-spider, we all have to avoid it, because it might bite us really hard. But the bad bugs will go away soon, I promise. Once they are all gone, we will wipe our garden clean and try to protect it better next time. For now, please just go wash your hands… 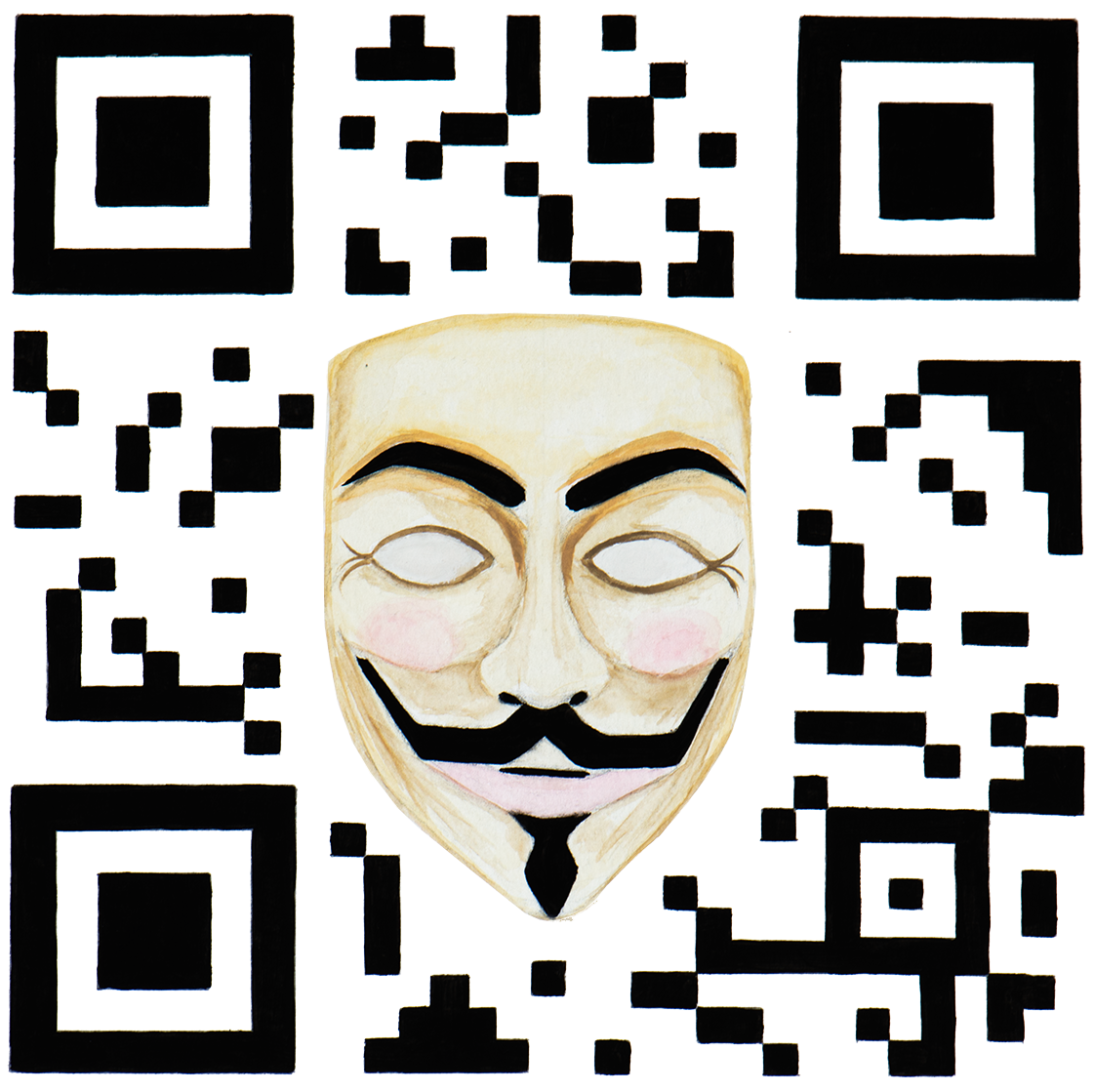 Written and Illustrated by Emma Kazaryan