Before the First World War, Riga was one of the biggest cities in the Russian Empire, with developed industries and commerce. After 1918, when it became the capital of the Republic of Latvia, it was still a multilingual place where people worked hard to recover from the war and enjoy their little metropolis again. Like other cities, Riga had a secret gay scene where men gathered mostly in cruising areas in the city centre or in private apartments. Unlike Western European cities, which had visible homosexual subcultures (Latvian newspapers occasionally reported on gay life in Berlin, Paris, Prague, and other cities), Riga’s queer circles were secretive. Male homosexuality was criminalized, and existence of lesbian subculture seemed to be more a fantasy of tabloid stories than a reality.

The first blow to this anonymity was struck by the daily newspaper Jaunākās Ziņas on November 21, 1924, when an article reporting on the topography of gay cruising areas in the Riga Old Town and city centre was published. The newspaper offered a couple of queer slang interpretations. For example, the older, more visible homosexuals (or, as the journalists called them, “pederasts”) were called “tante” (meaning “aunt”, a word apparently borrowed from other languages’ queer slang). The gay subculture got its name after the article stated:

However, two years later, the metaphor finally got its incarnation (pun intended!) when, on November 3, 1926, police burst into a private apartment in the Old Town frequented by homosexuals, and arrested the host and everyone present. They got accused of pederasty and a lawsuit was filed against them, lasting one and a half years. Three persons were found guilty: bank employee Harijs Mihailovskis, the seventeen-year-old boxer Alfreds Normans, and the singer Teodors Jakobsons. A penalty was levied on them in early 1928; the sentence was appealed. Ultimately, Normans was the only one who was sent to prison for one month.

The “Black Carnation” trial made homosexuality visible in the Latvian public discourse. It became a topic frequently discussed in newspapers; however, these discussions were initiated mostly by tabloids. There was no significant gay lobby or public advocates for gay rights who would promote the decriminalization of “pederasty”. Despite Riga’s Baltic German minority and connections to Germany, the innovative conceptualizing of homosexuality did not travel easy from Germany to Latvia. The Latvian middle-class had not encountered discourses on homosexuality other than those based on crime or disease. In the 1920s, the famous German sexologist Magnus Hirschfeld visited Riga twice and gave lectures on homosexuality. However, he was not able to influence public opinion; his lectures were given to a limited audience, and their content was reported only by tabloids, which merely referred to him as “a superb pornographer.” Once the Black Carnation moniker became popular, it was reused by tabloids every time homosexuals or pedophiles were part of a news story. Newspaper readers in the late 1920s and early 30s would come across such “shocking” headlines as “Member of Black Carnation club fired”, “A New Black Carnation in Riga”, “Black Carnation in Latgale”, and “Catholic—a Cavalier of Black Carnation”, among others.

Two attempts to fictionalize the metaphorical sobriquet appeared in newspapers—both of them anonymous. Both texts involved a young and naïve protagonist who was entrapped and forced into gay sex by a mysterious gang called Black Carnation. In one of these stories, published in 1926 by the tabloid magazine Jaunā Elegance, the captured young man escapes rape by hitting his mysterious attacker and climbing through a window while evading gunshots from the attacker’s revolver. In the other story, published by the daily newspaper Pēdējā Brīdī in 1930, the attackers succeed in raping their victim who came to their place hoping for a rendezvous with a beautiful woman. In both stories, we do not get much information about the evil, mafia-like organization that carefully plans the seductions and rapes of attractive, young men. Its members are shown as sub-human; they appear only in the dark, just a moment before committing their perverse crimes.

Police reports show evidence that at Black Carnation apartment gatherings, consensual sex (and sometimes sex for little money) was taking place among men who deliberately chose to meet other men. According to the salacious fictional stories, these apartments were the sites of violent rape of innocent victims through carefully planned seductions executed by secret and extremely rich organizations whose members were portrayed as dehumanized sexual maniacs.

After the coup d’état of 1934 when Kārlis Ulmanis became the authoritative president of Latvia, Parliament was dismissed and tabloids were closed. Themes of leftist activism, urban cosmopolitan culture, critique of other totalitarian or authoritarian regimes, and non-normative sexuality were silenced. Journalists of the remaining periodicals, which were loyal to Ulmanis’ regime, praised his control and censorship, portraying the democratic Twenties as a time when public discourse was dominated by fake news and cheap made-up scandals.

The reader was used to demanding from the newspapers sensations and only sensations. He was stuffed and overstrained with articles about monsters, perverts, corruption, political scandals, people’s personal and intimate lives, robbers, black carnations, and God knows what else. Only these issues of newspapers counted which contained some particularly terrible or obscene news and detailed accounts of them. (Rīgas Jūrmalas Vēstnesis, July 30, 1938)

Neither these six authoritarian years nor those following the Second World War and Soviet occupation did anything for the emancipation of the LGBT community.

When Latvia regained its independence in 1991, there were hardly any memories remaining of the humble queer underground culture of Riga of the 1920s and 30s. Only after 2006, when the historian Ineta Lipša started to publish her groundbreaking research work on Latvian queer history, the image of the Black Carnation reappeared in people’s minds as a fascinating time in the LGBTQ history when local modes of queerness became visible publicly for the first time.

The Dictionary of the Queer International is available now from Publication Studio. 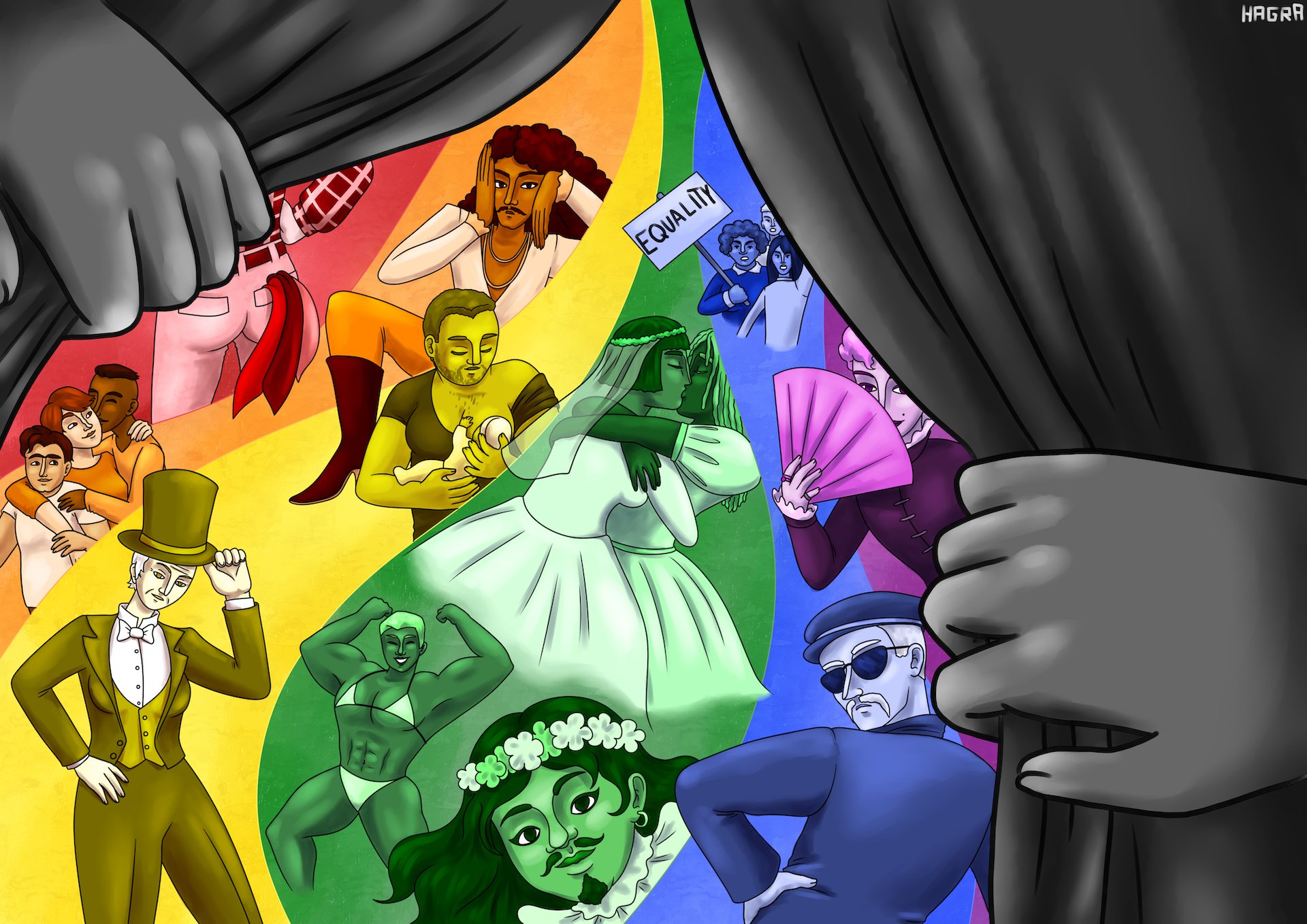 Life & Language: the Dictionary of the Queer International (2/10) 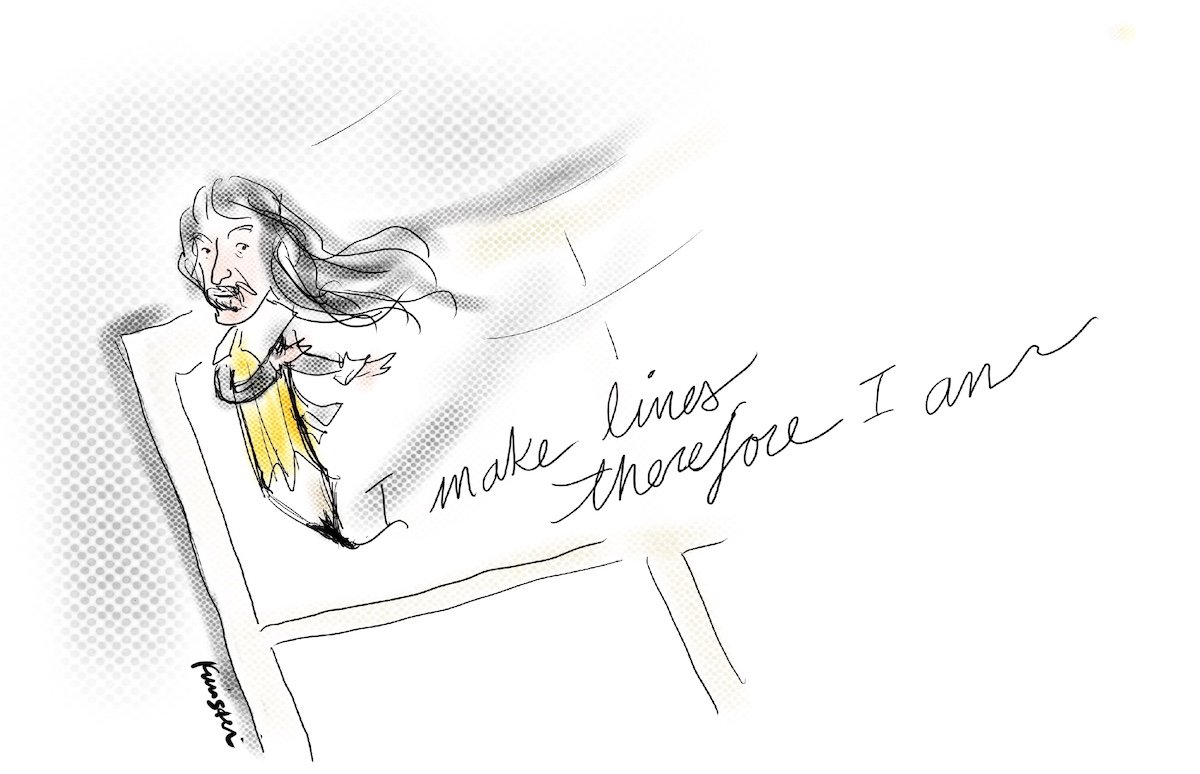