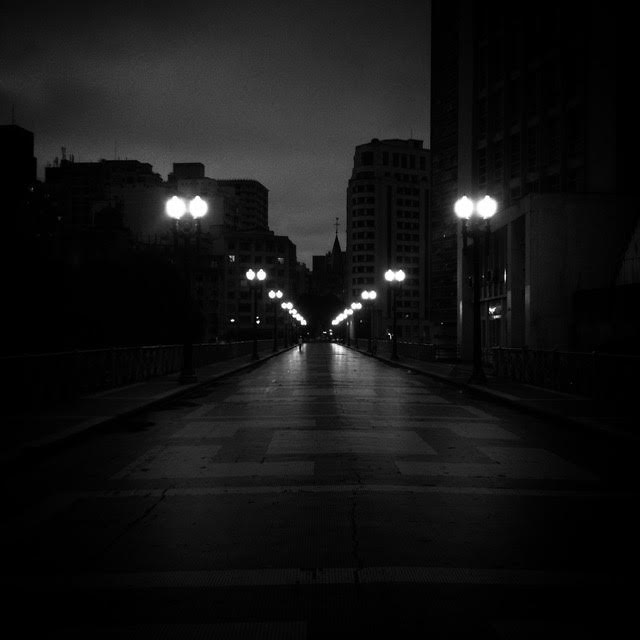 Outside the Edifício Copan sleeps a man. On the steps of a church across from Praça Princesa Isabel, sleeps a man. In a folding chair in the dusty median along