When I was first invited to Derry City in 2011, I knew little to nothing about British colonial rule in Northern Ireland, the Troubles, or Bloody Sunday. For much of the 1990s, I had sung along to a namesake, never truly understanding what Bono was crooning about. I had never been taught this history in school. No international history, ever was. Although I was well-enough versed in the Indian colonial past of my own heritage, I had never made the now-obvious connection between the histories of these partitioned lands.

As I walk the hill from the town square down into the Bogside, I am again subsumed by the extraordinary volume and intensity of history, culture, and activism here—by its weathered defiance. In so seemingly provincial a place, residing within the confines of neighbourhoods no larger than a single city block in New York, I see a bubbling cauldron of righteous indignation, much like that teenage boy mimicking The Edge on a knock-off Stratocaster.

When locals describe the now diorama-sized war zone that once consumed the city, all the bombs, the bullets, the blood and betrayal, the gravity of what was lost and what has been gained comes clearly into focus. Generations of Protestants and Catholics alike, hardened by the fermenting brutality of a half-century of conflict, no longer armed with sectarian purpose and the legitimate use of violence, are left with the options of shared peace or implosion.

In January 2022, several thousand people gathered in the Bogside to commemorate the 14 people murdered and the decades of violent repression that preceded and would follow that fateful day in 1972—to commemorate a people routinely punished out of their basic decency. Fifty years later, those grave vibrations, the impending sense of dread, the slivers of humanity drowned in the privilege of the living, all of that somehow finds a breath of solace—if not, resolution—here on the banks of the Foyle.

While Brexit has undoubtedly stirred sectarian tensions and stoked fears that the Troubles “maybe, weren’t quite over yet,” there’s an assured commitment to civility and progress here for which I can’t yet fully articulate my appreciation, but that elicits an emotional response. At age 39, in the year 2022, having traveled to some far reaches, basic peace often seems the furthest of possibilities. But here, looking past the stadium over the town out towards the sea, with the cemetery to my back, a beautifully scarred version somehow comes to form in the fog and grey.

For information on the current exhibition in Derry please visit From Bloody Sunday to Brexit. 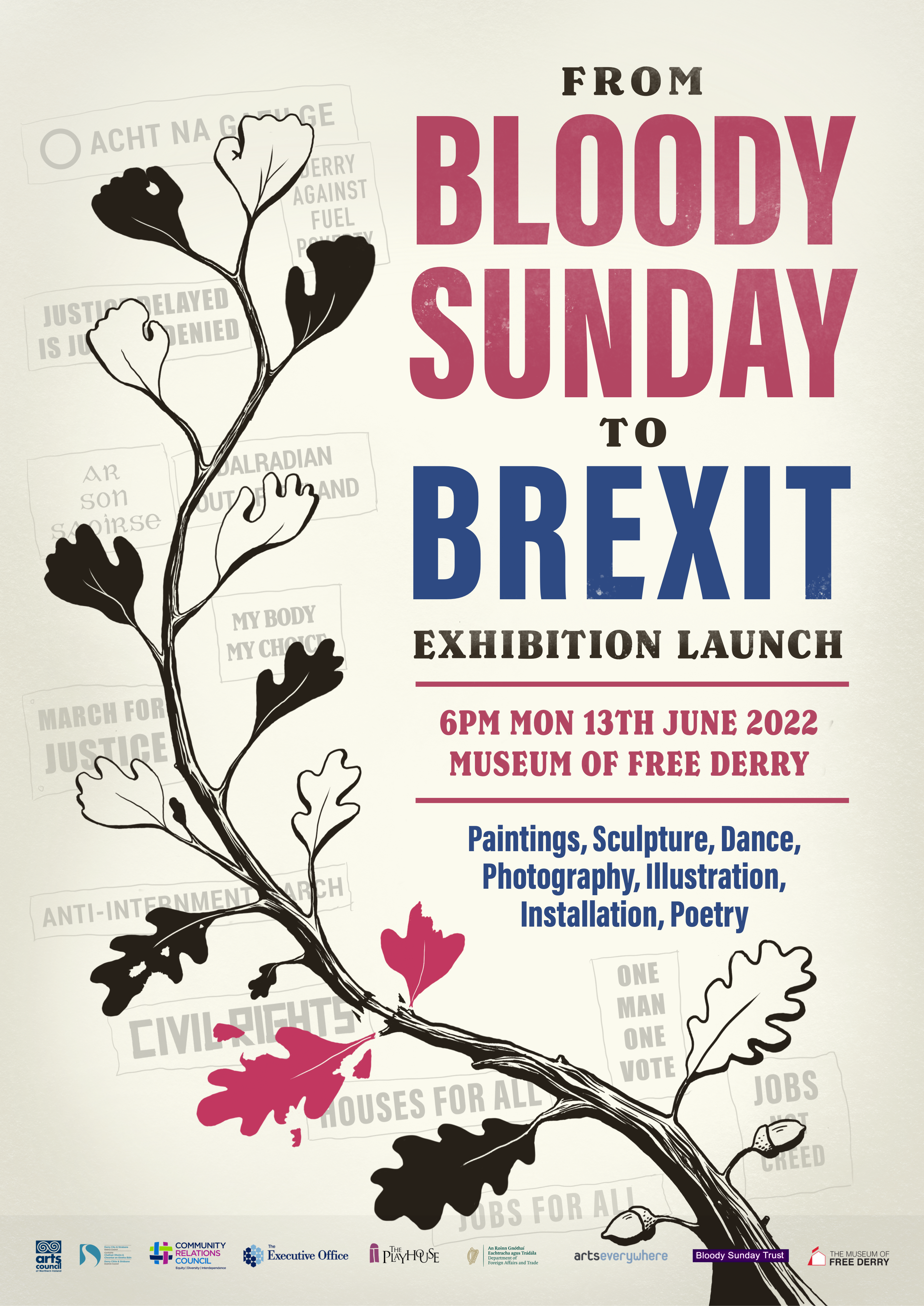 From Bloody Sunday to Brexit