In the far northeast of Dominican Republic there’s a long, thin peninsula called Samaná. Samaná was once an island way back in geologic time. Between 300 to 500 million years ago, the loose clay, sand, and silt from the highlands of Cibao flowed east with the Yuna River to create an isthmus and connect the island to Dominican Republic. Hurricanes, floods and rising sea levels continue to transform the peninsula’s connection with the mainland.

In more recent centuries, Samaná has been a haven for pirates, stowaways, Maroons, Haitian refugees and tourists; its history is somehow hewn by its rhythmic dissociation from the rest of Quisqueya, as the indigenous Taíno call this Caribbean island. Fast forward to today, young artists and creatives are moving from cities to escape fast-paced and busy urban lifestyles. Such is the case of Eliazar Ortiz, a visual and performance artist from the west side of the island who moved to La Barbacoa, a small town on the northern shore of Samaná.

La Barbacoa feels like a world away from the noisy, polluted streets of the capital. We met over coffee on the second day of my visit, after I flew in from San Juan and took a 3-hour bus ride from the capital. Eliazar exudes a kind, inquisitive demeanor. We had connected through our a mutual interest in natural pigments and had been following each other’s work during the pandemic via social media. I was honoured to finally meet Eliazar in person and be welcomed into their studio, home, and farm as the first destination of the Nomadic Pigment Lab.

Nomadic Pigment Lab was conceived with the intention of cultivating pigment and dye exchanges with artists from around the world. I wanted to create visual storytelling alongside artists using materials that reflect their surrounding landscape and biodiversity. Together, we can expand each other’s knowledge of potential plants and minerals for dye and pigment-making. The exchange can also be a humble means of strengthening the will to defend our territories. To consider pigments as containers for stories about land back and resistance movements can be way to look beyond their primary use for creating beauty. They can serve as intersections for different systems of knowledge—be it botanical, historical, geological, or cultural—and reflect a community’s particular territory and biodiversity.

As we got to know one another, we discovered a common love for plants and mythology that provided a rich exchange of knowledge and stories. We created pigments with trees and wild plants from around their farm, amongst them jiquilite indigo (Indigofera suffruticosa), which creates a blue pigment. For the past seven years, Eliazar has been living on Samaná peninsula with their partner, Sandro. Although their village is rural and relatively slow-paced, Eliazar explains that commercial developments and resorts have spurred rapid urban sprawl in Las Terrenas and La Barbacoa over the past decade. The mangroves were filled in and replaced with rows of hotels, kiosks, and bars along the shoreline to “create better views” for tourists. Many have paid the price of the rising tide by relocating further inland—and the rest will most likely meet a similar fate.

The streets of Las Terrenas—the largest town in Samaná, just ten minutes down the beach from La Barbacoa—brim with tourists, shops, and taxis. People of all ages, from children to grandmothers, zip around town on pasolas (scooters) or motoconchos (mototaxis). On my third day, I went to the hardware store in Las Terrenas to buy alum and soda ash to make lake pigments, a kind of pigment made from attaching a dye-bath’s colourants onto a stable metallic salt. During my stroll, I stayed as close as I could to the barber shops, mercados, and pica pollos on the narrow, almost non-existent sidewalks. Santurce, the coastal neighborhood of San Juan, Puerto Rico where I used to live, shares this curse of aimless urban planning, which provided a certain sense of familiarity and ease.

The streets of Las Terrenas
tributaries of sound
saturate a landscape
a disguise
Geckos in pasolas
with crickets in their mouths
crows and vultures
snake motoconchos, narrow sidewalks
hardly any shore

This island is no longer an island
but there’s a corner
uncovered by gravel
and my sigil’s landscape
guards her, keeps her close.

I spent as little time as possible in Las Terrenas, choosing instead to develop a morning ritual-walk over the course of ten days. This “performance” drew inspiration from Eliazar’s frottage technique, in which pigment-rich flowers and fruits are rubbed directly on to paper to create illustrations. On my walk from the hostel to the farm, I rubbed every colourful flower and fruit to create a Camino Cromático of natural colourants as a means to register local flora.

Having been introduced to Eliazar’s illustrations, I was keen to learn about Eliazar’s alphabet of Guari Kreyol sigils that they’d designed to represent local flora and fauna, among other human and natural forces. While sigils are often created for the purpose of invoking magic or setting intention, Eliazar painted them as a form of prayer over illustrations. For a performance and illustration series Eliazar developed this year entitled Guáyiga Maniel, they created a sigil for copey (Clusia major) that fuses contemporary Maroon and indigenous knowledge. Copey was one of the first plants that brought Eliazar closer to the world of ethnobotany, and the sigil they devised is an eye-shaped symbol drawn with sand from a nearby beach with a flaming dried copey fruit placed in its center as the iris. Eliazar collects the black tar that oozes from the burning copey and incorporates it into their paintings, honouring the ancestral practices of Taínos who would mix it with ferns and other wild plants to create the ball for batú, the ceremonial football game.

Eliazar explains that Guari kreyol was born out of their search for the name of a wild vine called Canavalia nitida. The large, red seeds are commonly used by artisans in Puerto Rico and many South American countries to make jewelry. They’re smooth and round with a black slit around them, which makes them look like a bright, red Pac-man. I like the idea of imagining the sigils as seeds. Eliazar draws them “as a written mantra, to give shape to things as I name them”. The exercise helps them to pull their focus into the present. It’s also a way to honour the common names of plants, and the colloquial language that avoids being captured by dictionaries, field guides, and even the Internet.

During the first week, we were particularly interested in working with indigo and perfecting a pigment extraction technique that involves creating a green lake pigment from a fresh leaf bath made with ice and salt. We harvested two batches: The first was young plants for fermentation, which were given higher contents of indigotin, an insoluble blue pigment. The second batch came from older plants with mature seeds for making green pigment. During our harvest we were very sensitive to the seeds’ rattling noise. It reminded us how natural pigment-making often involves all the senses, and how indigo masters supposedly listen for a certain “swoosh” sound when they splash the fermented water to indicate the fermentation process is complete. The seeds carry part of that noise, as if hinting and spilling some of their secrets.

Eliazar suspects that jiquilite was once cultivated on this farm because it grows with such ease and abundance. It took them a few years to realize this persistent weed was in fact a valuable crop. After studying indigo’s history and relationship with slavery for an artist residency in Guadeloupe, they finally made the connection and embraced indigo’s calling.

A few days before I was scheduled to leave La Barbacoa, Eliazar and I made a list of plant species on their farm that could potentially be used for lake pigments, which are created by transforming botanical dyes into botanical pigments. Dyes are soluble colourants that exist in liquid form, and pigments are insoluble colourants usually found in the form of powder. So once you capture a botanical colour in powder form, it’s easier to store and combine with a wider variety of binders, or substances that stick pigments to a surface. Making lake pigments is a long, drawn-out process that requires strong dye baths, precipitating colourants into stable metal salts (aluminum hydroxide), and filtering and rinsing multiple times before setting the pigment out to dry. The whole process can take anywhere from three to six days.

By the end of my trip, my hotel room looked like a meth lab. Pots, unlabeled bottles of white powders, mounds of leaves, berries, rocks, dye-bath filled jars, and coffee filters littered every flat surface. Before leaving, I went to a dollar store in Las Terrenas and bought some nail polish pigments to use as containers for storing my pigments. My ten days with Eliazar went by in a flash; it felt like a scouting mission or a preliminary research visit to familiarize myself with the region’s history and flora. The landscapes and conversations I carried home from Samaná are contained within the pigments below, as they are within the notebooks I filled with swatches, the poems I wrote, and Eliazar’s sigils. The essences of the plants and beings I carried home from Samaná guard the memory of neighboring Caribbean shores, friendship, solidarity, and the call to defend the lands we all inhabit. 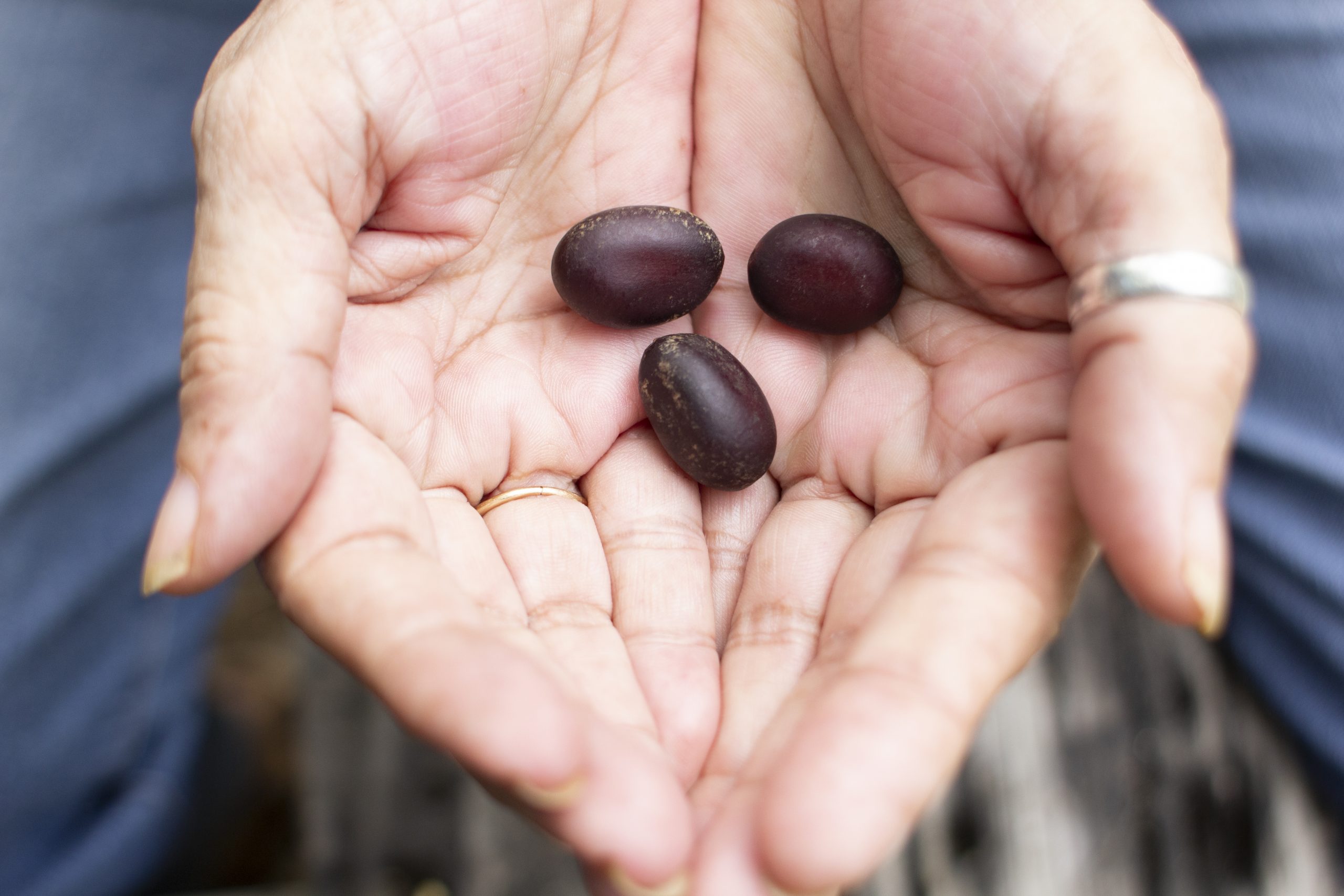 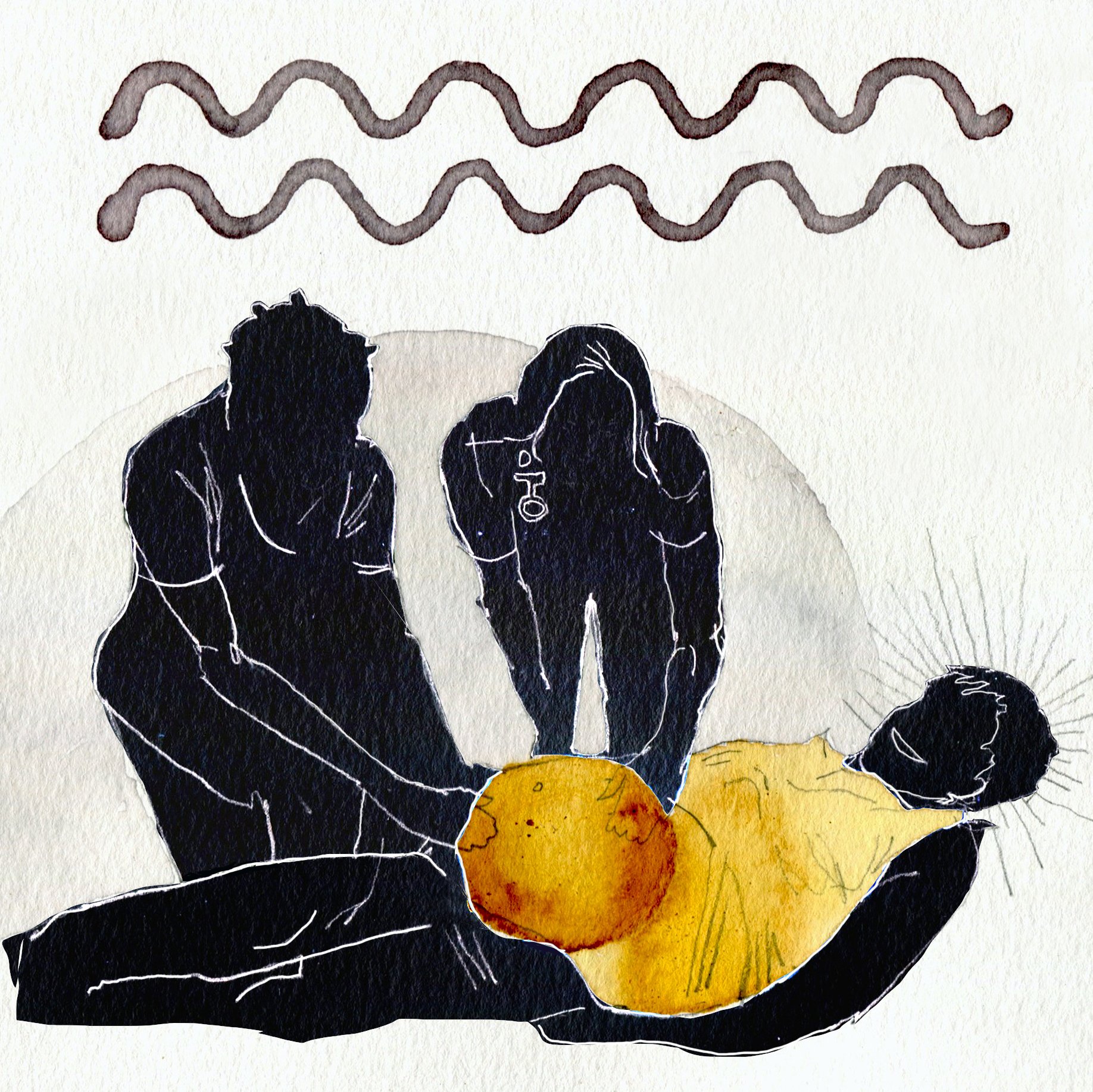 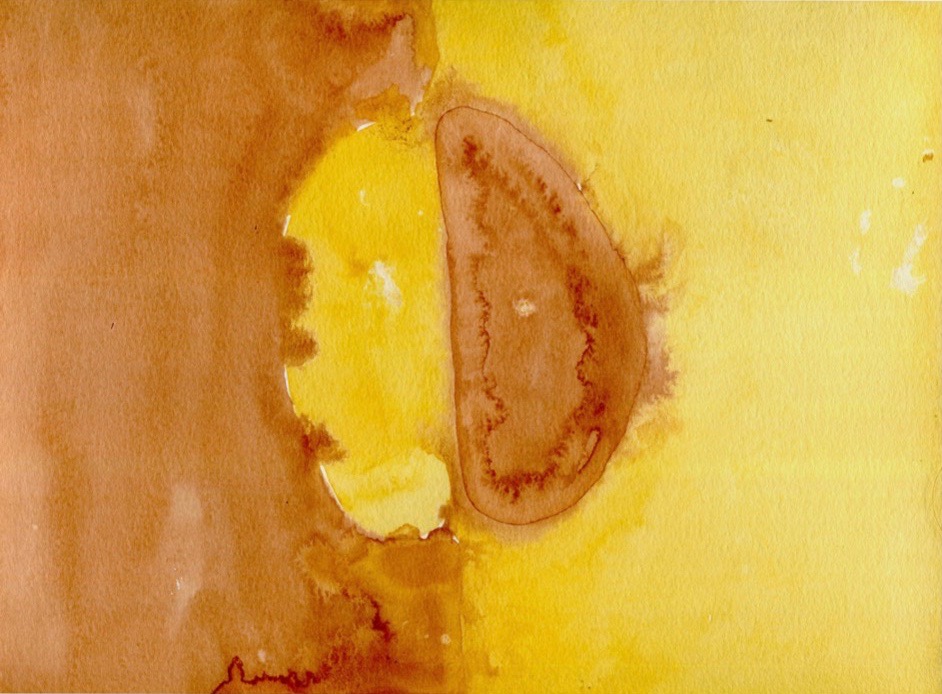